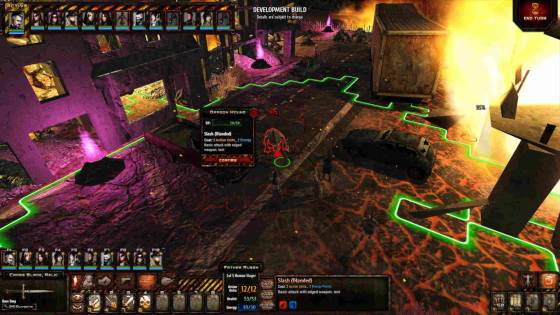 Graywalkers: Purgatory first came to life thanks to a successful Kickstarter in 2014 with a lofty ambition - to create a larger story behind the world and craft a series of games around it. The world itself is inspired a bit by Fallout, but also has a touch of Mad Max in it as well with a large cast and a desert-themed setting. The world itself is fairly unique because it's a fused version of Heaven and Hell and allows you to play as the leader of a group called the Graywalkers who walk the path between darkness and light, with the goal being to protect what's left of humanity. A secondary goal is to help find the other 35 Graywalkers and recruit them in an effort of reclaiming the world from invaders - offering a sense that your efforts affect the world as a whole.

Graywalkers features three modes of play, with Mission mode, preludes, and the full-on campaign offering something a bit different. Mission mode features a series of standalone missions alongside some mini-campaigns where the missions all tie into a greater story. These are a handy way to learn the ropes and not have super-high stakes while still telling a tale. The preludes offering up parts of a story from the perspective of different Graywalkers. They're the primary way to learn the history of the characters that you with both encounter and play as in the main campaign - giving you the chance to learn about characters before the campaign and not just learn about them through a big exposition dump.

The campaign focuses on you being the leader of the Graywalkers and to travel around Purgatory to find new characters to join the cause and save the world. World exploration is done in real-time and the turn-based portion of things is reserved for battles. The core gameplay is very much akin to the modern-day XCOM games with its perspective and play style, only with far more variety in terms of playable characters. Between the ones you find naturally and go out of your way to find, there are over 40 available playable characters. Each of them has their own relationships within the world, personality, and motivation for helping.

Beyond combat, you have to manage your resources and team in order to excel. Items and their core elements can be found in the world and it's your job to craft them and find new ways to deal out damage, or heal yourself and allies, with what you find in the world. Character creation allows you to craft the core hero to your own liking, which is something you don't usually see in a tactical RPG or any kind of RPG in general. There are seven races to choose from alongside 10 playable character paths and over 100 abilities - so there is a ton of variety offered up here. The early access launch is set to be very soon, and the game will be playable on Linux, Windows, and MacOS.