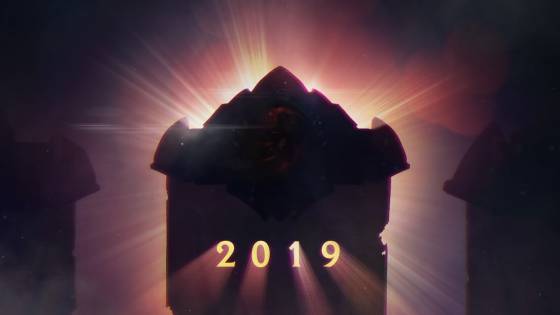 On Wednesday, September 19th, it was announced in a new Dev Diary video that ranks will be much different in 2019. In the video, 3 Rioters share several details on the changes of placements and the updates of tiers and divisions.

For a long time now, League of Legends players have been complaining about placements for ranks. People blame their team or think the system is extremely unfair, and they even end up feeling anxious because they do not want to be placed at a low rank. Even if people win or do well in the game their selves, or if they lose and do well, they could end up getting a lower rank than they are meant to have. However, the Rioters wanted placements to feel rewarding and cause less stress as well as be more fair and accurate, so they made huge changes to the placements.

Unlike now, summoners, people who play League of Legends, will be getting a provisional rank after their very first game. This will not be their official rank, of course, but it will work as a guide- people will still need to play 10 games to complete their placements. After their first game, only that person will be able to see their own provisional ranked. Winning will cause summoners to gain a lot of LP as well as skip promos while losing will cause them to not lose any LP. After all of their provisional games, they will be able to get their official rank that everyone can see, and then try to climb higher as usual.

Right now, climbing is pretty hard for most summoners because although they are getting better, they are usually dragged down by other players. Because of this, some people are stuck in their same Tier for a long time and are unable to climb at all. To fix this issue, Rioters decided to add two new tiers to League of Legends. Right now, the Tiers in order from lowest to highest are Bronze, Silver, Gold, Platinum, Diamond, Master, and Challenger. In 2019, they will be adding the tiers: Iron and Grandmaster.

Iron is going to be the lowest tier, which will be before Bronze, in order to help low ELO players get better at the game. This helps because some people in bronze are new to the game, while others are just struggling. Due to some people being new and others having more experience with the lack of skill, the new people end up “inting,”
or intentionally feeding, in the games, dragging the people who have more experience down and causing them to be unable to climb or learn more. Grandmaster is going to be added between Master and Challenger because there is a huge skill gap between the tiers.

Since Riot added new Tiers, they decided to have only four divisions for each tier rather than five divisions because then people would take forever to climb. So, if you were worried about that while reading, don’t worry- they got you covered!

This update will take place next season in 2019, so stay tuned for new updates of League of Legends, as more information about ranks may be revealed!