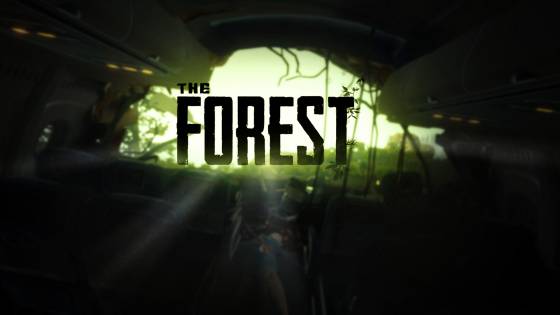 Survival horror is a genre many have explored, with varying degrees of success. One shining example of the genre done right is Endnight Games' PC Early Access title 'The Forest'. This game has been in circulation since its initial Early Access days back in 2014. This year, the game became fully finished, releasing in full to PC gamers near the end of this past April. As something of a testament to its success, Endnight has now announced that the game will be making its way over to consoles, but seemingly only PlayStation 4. The news was, naturally, announced on the PlayStation Blog. This version of The Forest will be the same as the full release on Windows PC, including the addition of multiplayer co-op. Survival is tough, and having friends makes it easier.

Being lost in a forest is a good setup for any survival horror, and The Forest ramps up the creepy factor by quite a lot. The fun of the game comes from its in-depth survival mechanics. Almost everything you see in the forest is interactable in some way; you can chop down any of the trees for wood in crafting, pick fruits and vegetables from the plants around you, go hunting, and craft weapons. The more time players spend on this busy-work, the more safeguarded and capable they become to defend themselves. You're playing the game as a father searching for his son, following a tragic plane crash that they survived. One of the first things you'll find yourself doing in the game is building up your home-base, which you can make either from custom templates or freestyle. With enough materials, players can make very intricate bases.

As you likely guessed, you aren't really alone in this game. The forest is teeming with wildlife, of course, but there's also something much more sinister hiding through the trees. You'll have to make sure you have good enough weaponry to defend yourself against these 'things', as well as dangerous predators and violent tribal warriors. When you feel brave enough, you can eventually try taking on one of the game's caves. Caves in The Forest feature some of the game's more freaky monstrosities, but as a trade-off, they give you access to very good supplies and tools. These segments are where the horror really bumps up, and as the reception of the game so far will show: Everyone is loving it. The multiplayer co-op component lets you play in a group of up to four, which Endnight feels is "the best way to experience The Forest."

It's uncertain if we'll ever see The Forest make its way to other consoles. For now, it will remain a PlayStation 4 exclusive, or playable on Windows PC if you prefer. Even after exiting Early Access, Endnight has been supporting the game heavily with frequent updates to make it the best it can be, so the PS4 version will likely launch with all these patches in tow. The Forest will launch for PlayStation 4 on November 6th, right before the holiday rush of new game releases. If you're even remotely interested in survival horror or just a good spooky time, you may want to give The Forest some consideration. Below is its most recent trailer to give you a sense of what it's all about. Make sure to check out the PlayStation Blog for the full announcement from Endnight themselves.