The MMO Boundless Gets A New Trailer 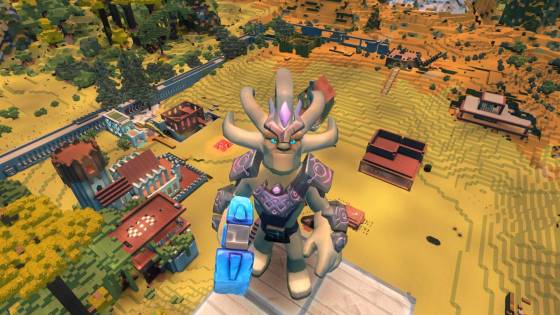 There are a lot of video games out there that claim to let you have true freedom within the world. Some of them actually do come through on it, while others are much more rigid. As such, it's up to a developer to prove that they mean exactly what they say when they claim to have a truly open world where players can do "anything". For the team at Wonderstruck, they're endeavoring to do just that with their MMO Boundless. As the name itself implies, this is a truly open-ended MMO and one where you can travel between worlds to build up a universe to your liking.

No, that is not an exaggeration, the team notes specifically on the PlayStation Blog that Boundless truly is boundless. For example, while the universe itself has a story and lore to help tie it all together, at no point in time do you have to go and follow a certain "main quest" or order to fight the coolest bosses or advance the plot. The universe is meant to be driven by the gameplay, pure and simple.

For example, though the natural worlds themselves won't be built by players, apologies to all terraformers out there, the cities, trade routes, and all other aspects of civilization will be built by the players. So a small group of players, for example, can go to a world, build it up to what they want, and then make it a metropolis. Or, a single person can change the outcome of a battle, a planet colonization, and more. You can play the whole game by yourself, or, you can team up with others and change everything.

One of the true plusses of a game like Boundless is its travel. This is a game where you don't use starships to travel to other planets (though you can if you want to), instead, you use portals, ones that you can activate on a whim and see where you can go. Through this, you can jump from planet to planet, system to system in a matter of seconds. Truly letting the whole universe be yours to explore and wander through at your leisure.

The games voxel style of visuals allows you to truly create what you want where you want it as long as you have the right materials. And because you can travel throughout the universe, getting materials has never been easier to do.

Boundless got a new trailer to show off the universe you'll be exploring, check it out, and be ready to start your adventure when the game arrives in September.