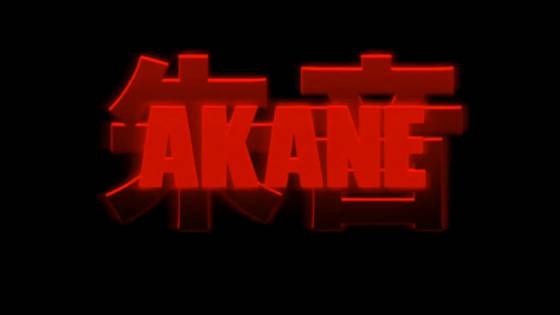 Over the last decade, pixel art games have made a comeback - but few set out to use the art style in a new way. Akane sets itself apart right away by going for a high-detail look within a pixel art style and soaking its world in color. Mega-Tokyo is a violent place and it is bathed in the glow of all kinds of neon lights. However, one can't get too distracted by the beauty of the world you're in. Underneath that stunning veneer is a seedy underbelly out to destroy you.

Akane has a very simple premise - but one that will require great skill to master and excel at. It puts you in a small arena setting against a slew of enemies. Your goal is to kill as many of them as possible, and it only takes one hit to do so for most enemy types. There are five total, with a short-range common enemy, a longer-range shooter, a ninja whose speed is unmatched, a boss, and a tank type who takes more than one hit to kill.

The game's overhead action definitely evokes a bit of Hotline Miami, which is furthered by the bright colors and the neon-soaked world. One big difference is in the swordplay being emphasized alongside gunplay. This means that while a single hit kills most foes, you have to attack with less range than a game like Hotline Miami. This naturally puts the player at a greater disadvantage since you have less room to work with and thus fewer places to evade attacks. Using a gun will seemingly be limited to grabbing it from enemies - giving you range, but being less reliable because if you run out of ammo, you're back to square one with the sword.

This is the first game from Ludic Studios, but it shows quite a bit of promise. The hyper-violent action may not be for everyone, but for those who enjoy a fast-paced bloodbath, it definitely shows a lot of promise. One download for Akane compared to Hotline Miami is the lack of any controller support. While a keyboard and mouse setup works nicely for overhead action games like this, sometimes, it does feel more natural to play them with a controller - especially when it comes to character movement. For aiming your attacks, a mouse is definitely going to be better.

The game's soundtrack seems like it will be something that shines quite brightly. The neo-noir techno music wouldn't be out of place in a Streets of Rage game and has a high amount of depth from what's been shown off so far. It's definitely in keeping with the neon-lit world and yet has enough intensity to it to get across the violence of the situation. Akane doesn't have an exact price or release date - but barring a delay, the game should be released very soon as it has an August 2018 release date on Steam. Akane will be available on both Linux and PC.