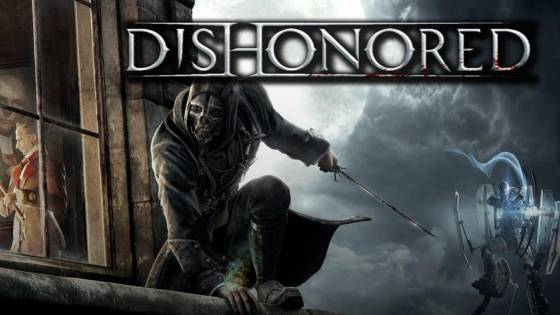 No matter what way you slice it, Dishonored 2 was a hit for fans of Arkane's open-ended assassination series. It received a positive reception from most, and the followup expansion Death of the Outsider had a similar warm reception. Despite this, critical sales numbers for the sequel were lower than the original Dishonored's release. Whether it be for this reason, others, or a combination, Arkane Studios has revealed that they're taking a break from the Dishonored series... at least, for now. The news comes from a discussion had between lead designer Ricardo Bare and a VG247 employee at QuakeCon. While Bare can't say for sure what's going to happen down the road, he did confirm that Dishonored is "resting for now".

The news may not come as a huge surprise to people who were familiar with the sales numbers. Not only that, but Death of the Outsider served as a very sufficient wrap-up to the series' biggest remaining story arc. A break right now could serve the studio well, and make it all the more exciting for when we see the next installment in the series someday down the line. Arkane Studios is known for their open game worlds that are brimming with detail. Both Dishonored and their more recent game, Prey, feature expansive areas to explore and multiple ways to solve problems in those places with your unique powers. Bare assured everyone that no matter what new project Arkane ends up jumping on here soon, it will retain this core game design style in mind. "The things that are important to us as a studio are coherent, deep world building and environmental storytelling - we're always going to craft spaces that you feel like you're visiting, whether it's Dunwall or Talos 1," he stated. "And typically, we stick to first-person, though that's not a hard rule and we might try other things from time to time."

That idea of trying new things (such as third-person) extends to what the studio's near-future plans are. According to Bare, they may end up trying out some new forms of connective multiplayer features. Not really your typical online multiplayer mode per say, but just something that connects the community. "Being able to incorporate more online sharing or multiplayer type stuff, we totally might do that," he goes on to state. Bare touched on how things were for a little while there in the industry when big publishers would force developers to tack on an unnecessary multiplayer mode to an otherwise single-player focused game. Arkane is thankful that isn't really the case anymore, and developers have more freedom to explore new territory with what can be done in multiplayer components.

In summation, it sounds like Arkane's next game will likely be an immersive simulator just like Dishonored and Prey, but with new features that have a stronger focus on the community behind it. Nevertheless, fans will be eagerly watching and waiting for what comes next, and Arkane Studios has a solid reputation to back them up going forward. If you have yet to play Prey, you should definitely rectify that. It's been out for over a year now, so the price isn't too bad anymore. You can play it on PlayStation 4, Xbox One, or Windows PC. Recently, Prey also received its first big expansion: Mooncrash. It pits players in a survival roguelike-type of experience, randomizing enemies and areas in order to force creative and quick problem-solving. The other big expansion, Typhon Hunter, is set to release sometime this summer but it still has no solid date yet. Typhon Hunter will be similar to the popular Gmod game mode Prop Hunt, where players play as mimics to disguise themselves from a searching player. This mode will also be compatible in VR. Stay tuned for any updates!