Bethesda Reveals True Reason For Not Supporting Nintendo Before The Switch 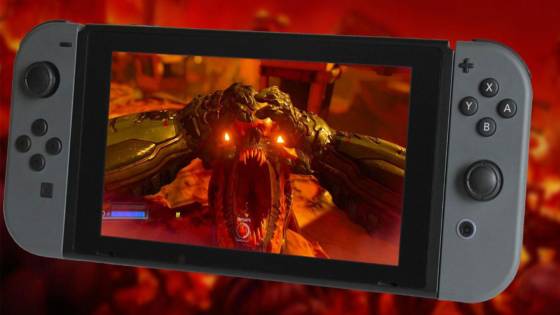 Bethesda is by and large one of the most fan-favorite 3rd party developers in the world today. They are the team behind the Elder Scrolls franchise, both the main RPG line and the MMORPG, as well as the makers of Fallout 3, 4, and 76, Prey, Dishonored (via Arkane), the Doom reboot, and more. Their games are legendary and have frequently won awards for their grandness, scale, and scope. However, it wasn't until the arrival of the Nintendo Switch that they appeared on a Nintendo platform. This has struck many as odd, especially given that some of their platforms were as popular, if not more, than Microsoft and Sony's.

Well, at PAX Australia, the truth of the matter came out, and it might not be what you are expecting. Mainly because it wasn't an issue of brand loyalty or not wanting to put the games there because of sales. Rather, it all had to do with tech and the power of the Nintendo consoles. When Pete Hines was talking about why Bethesda liked the Switch so much, he noted that the team saw the Switch specs and noticed they were really close to what they had done for other systems. The Switch was powerful enough to handle most of the games on their roster, and thus, was a good match for them.

This actually does speak to the power of the Switch versus Nintendo's previous two consoles. For while the N64 and the Gamecube were technically more powerful than their competitors, the Wii and Wii U were decidedly not. The Wii especially was underpowered because, at that point, both the PS3 and Xbox 360 were pushing HD graphics. Which didn't happen Nintendo until they went into the Wii U era, and now the Switch. So it honestly makes sense that the team at Bethesda didn't want to make ports of the game for those systems, as the Wii version wouldn't have looked nearly as good. Then for the Wii U, the sales wouldn't have been well more than likely.

Ironically enough, the Bethesda team got a look at the Nintendo Switch when they were developing the Doom reboot, and so when they saw what the Switch could do, they need they had to put Doom on it. So they actually made it in such a way so that Doom could be ported to the system. Granted, it wasn't a launch title, and it came out a year and a half later than the other systems, but its release was important.

Hines also went on to note that one of the reasons they're happy to be putting their titles on the Switch is that it helps Nintendo as much as it helps them. For their more mature games, it is a nice balance to what many consider a more "family friendly" lineup with the likes of Mario, Kirby, Yoshi, and even Pokemon.

Now that Bethesda is established on the Switch, and their games are selling well, Hines feels that it's only logical to keep going with the ports, especially with a great team like Panic Button willing to do them.