Blizzard Says Overwatch Is Feasible On The Switch 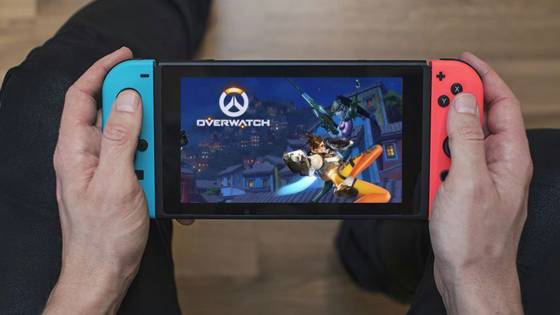 There has been a lot of fan asks for the Nintendo Switch. Many gamers want titles that were on the Wii U (the previous Nintendo console that was a commercial failure) to be ported over, and indeed, Nintendo has done that to great effect. But more than that, more and more gamers are asking for big 3rd party titles to be brought over to the system. Many have done so, or are going to be doing so, but the question many gamers are asking is of Blizzard, mainly, "Where is Overwatch for Nintendo Switch?"

While this may seem like a loaded question, the intent is rather pure. After all, since its launch in 2016, Overwatch has taken over the world in many aspects. Just from the get-go, it was an incredibly popular title. But as time has gone on, characters and stages added, new modes put in, and of course, the birth of the Overwatch League, things have been taken to a whole new level. And thus, players want to know if Overwatch could come to Switch, for its portability could lend to much more playtime on the title, not to mention it would likely bring millions of more players to the title. Currently, the Nintendo Switch has 20 million hardware units sold, so if even a fraction of that bought Overwatch, it would be a big success for Blizzard.

Today, Blizzard confirmed the rumor that Diablo III - The Eternal Collection would come to the Nintendo Switch, marking the first Blizzard title on Nintendo systems in several console generations. As such, renewed hope for Overwatch on Switch has been born. In an interview with Gamespot, Senior Producer Pete Stillwell talked about the focus of Blizzard right now in terms of bringing games to Switch, as well as what that would mean for Overwatch:"Anything is within the realm of possibility," Stillwell said. "Our team was given the task to work on this. If [Overwatch developer] Team 4 picks up that endeavor, that's on them. As of right now, Diablo is our only focus on Switch."

However, when pressed about the game coming to Switch, and wondering if the game could run on the system, Stillwell noted, "It is Feasible."

Not so ironically, during the Switch's first year of life, there were a lot of rumors swirling about Overwatch coming to the system before other Blizzard games. Creative Director Jeff Kaplan took point on this and noted that while it was possible to bring Overwatch to Switch, a problem would be not with the game itself, but with the team. Meaning, that there are three entirely different versions of Overwatch in the world right now. One for PC, one for Xbox One, and one for PS4. The Switch would be an entirely different could set, and mindset, for the team. And Kaplan noted that to maintain all four versions at once would be a severe problem. Not impossible, but definitely time-consuming.

The future of the game on Switch is a bit uncertain right now, but if Diablo III were to sell well, anything could be possible.