Bloodstained: Ritual of the Night Canceled for Linux and MacOS X 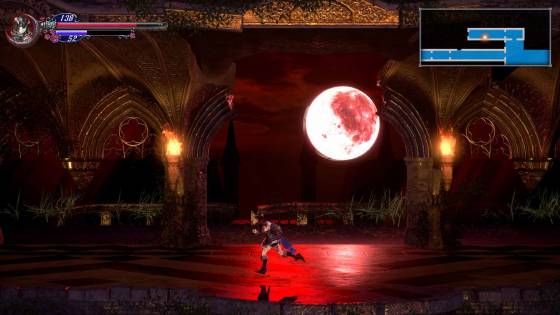 In 1997, Koji Igarashi changed side-scrolling action-platformers forever with Castlevania: Symphony of the Night. This genre-defining game brought the world of Castlevania to the exploration-based style that had allowed the Metroid franchise to stand apart from the rest. Iga, as he's known, crafted a handful of games along the same lines as SOTN for Nintendo's various portable consoles before being let go from Konami. Since then, Konami hasn't created anything akin to SOTN and it left a fairly large void for Castlevania's more modern fans.

Thankfully, the rise of Kickstarter allowed Iga to return to making the kinds of games he loves - and brought about the debut of Bloodstained as a franchise. Ritual of the Night hit Kickstarter and was a huge success, with all manner of console, PC, Mac, and Linux support pledged by his company. Sadly, the Kickstarter has been updated with unfortunate news - the cancellation of both the Linux and Mac OSX versions of the game. The post claims that it is due to challenges supporting middleware and the online support features, while also bringing up that they needed to deliver on the overall scope of the game. Complications can arise in anything - especially something as complex as game development, but this news came at a terrible time for backers. The game is nearing its 2019 release and now, players who backed the game to play it on either Mac or Linux are put in a tough spot.

Supporters are only being given the chance to change their platform of choice and not get a refund - which is okay for some, as there are certainly going to be people who have other platforms but not all. There are some people who only stick with Mac because they have a preference for Apple's devices and OS, while Linux users tend to prefer its OS for ease of use and not having to pay to load it up on a self-built machine. Some users of either may have a Windows machine or even a gaming console to play the game on, but not everyone will. Hardware power is also an issue as you could have a strong primary desktop device for one OS, but a weaker laptop for travel. This means that sure, you could use the Steam code for Windows, but wind up being unable to play it without buying a new laptop and at that point, buying a console and getting that version is a lot cheaper.

Unfortunately, it doesn't seem like there will be refunds offered to those who backed the non-Windows computer versions – but that could change. The devs could get enough grief for it that they decide to offer them and that is the right thing to do for consumers. They have done just about everything else right so far – including releasing the stretch goal game in Bloodstained: Circle of the Moon for both PC and pretty much all consoles. Iga and his team have built up a lot of goodwill, and it would be a shame to see any of it squandered – especially this late in the development process. Bloodstained: Ritual of the Night is set for a PC and console release at some point in 2019 – and PC users can enjoy a DRM-free version via GOG.