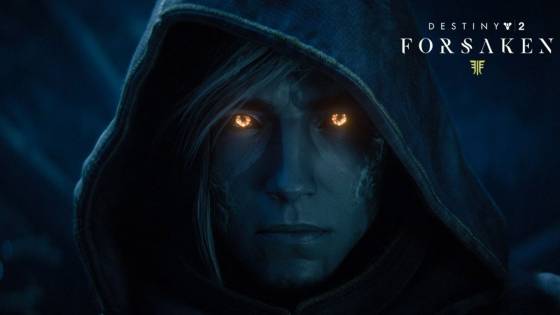 On September 4th Destiny 2 players will be able to play the newest DLC addition, Forsaken. The big selling point of Forsaken is that it tells a new story involving the thought to be dead Prince Uldren. Returning Destiny 1 players will recognize the Prince from the main story mode, as well as witnessing his “death” in the opening cinematic of the Kings Fall DLC. This time around the Awoken prince is an enemy of the Last City and kills Cayde-6 for reasons hopefully explained in the Forsaken story. Prince Uldren makes his return to the series and brings with him a new race of mutated fallen called the Scorn. There are a few different classes of Scorn; Mongrels, Raiders, Lurkers, Screeb, Chieftans, and Ravagers. Not only do these new enemies look different they also behave unlike any other enemy in the game. Some have shields, some explode on contact, and some carry around a giant flaming mace. Players will have to rethink their usual approach to combat these new enemies, but they won’t be doing it empty-handed. Not only will the new Bow and Arrow weapon type be introduced with Forsaken, but Bungie is shaking up how players can equip themselves as well.

When Forsaken launches Bungie will do away with the current weapon set up in place for Destiny 2 to give players more freedom to play with the weapons they want. The weapons themselves are even getting an update to which of the three weapon types they belong to. For example, sniper rifles, shotguns, fusion rifles, and single shot grenade launchers were previously considered heavy weapons, and now they will fall into the special weapons category. Weapons will also not have to abide by the “one kinetic, one energy weapon” rule. This means that players will theoretically be able to play the game with two shotguns and a sword, or two snipers and a rocket launcher. Bungie is also bringing back random perk rolls to weapons drops. This is a feature that the community has missed greatly and, if nothing else, it seems like Bungie is listening to their audience and trying to make the game fans want. If all this info wasn’t enough Bungie also has released a timeline showcasing how the future of Destiny 2 will look.

Unlike other DLC packs in the past Bungie has introduced something called an “Annual Pass” that can be bought alongside the Forsaken DLC. If players choose to spend the $80.00, not only will they get access to the Forsaken DLC but will also be able to play the next three seasons of premium content. Dubbed Black Armory, Jokers Wild, and Penumbra the annual pass content will be released sometime in December 2018, Spring 2019, and Summer 2019 respectively. This is the first time that Bungie has offered paid content alongside free to play events. If players don’t wish to purchase the annual pass content they will still be able to play the game and receive the free seasonal updates named, Season of the Forge, Season of the Drifter, and Season of the…. something. Bungie hasn’t released a name for the last free seasonal update just yet. In addition to this new paid content, players can look forward to returning events such as Iron Banner, The Dawning, and Festival of the Lost.

Destiny 2 is available on PlayStation 4, Xbox One, and PC and the Forsaken DLC launches on all platforms on September 4th. You can see the full content roadmap on Bungie's website.