Capcom Set To Lose $40 Million Because Of Studio Closure 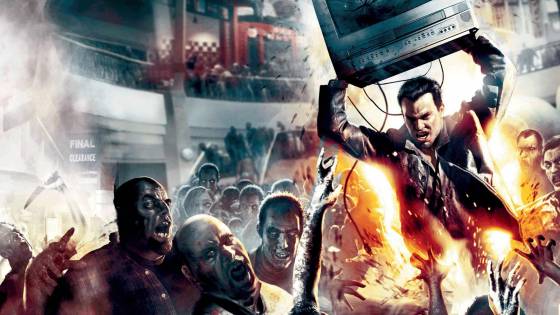 When it comes to the video game industry, one thing is certain: nothing is safe. Not because everything is in danger or something like that. But numerous factors both from without and within can lead to changes in the landscape. For Capcom, they made a reveal earlier in the year that their Vancouver studio was going to be going through some "restructuring". And that restructuring led to the laying off of much of the staff of the studio. But now, that studio, which was making a new Dead Rising game and more, has officially be closed, and Capcom is literally going to pay for it.

For in a reveal on their website, the cost of closing down the studio and canceling all the projects, both known and secret ones, will cost the company around $40 million dollars. A sum that will be documented on the back half of their next fiscal report, which will end in March of 2019.

While not much is known about the Dead Rising game that Capcom Vancouver was making, we do know some details. Like the others, they would be third-person action titles. But in a twist, this new title was set on an alternate Earth, separate from the main timeline of the first four games. It was unclear if Frank West or someone else would be the main character, but now it looks like we'll never know.

What's interesting is that when the Capcom Vancouver layoffs occurred earlier this year, the Dead Rising title was said to be getting "scaled back", but now, it's outright canceled, which definitely puts the future of the franchise at risk. But, given its recent history, it makes you wonder whether that's a bad thing.

When the first Dead Rising came out, it was a big success. Its unique take on the zombie apocalypse, as well as its now iconic character Frank West, led many to love the game. With Dead Rising 2 they stepped away from Frank West but then brought him back via expansion DLC. Dead Rising 3 tried to take things to the next level, but it backfired. And then, with Dead Rising 4, they brought Frank West back into the spotlight, but it was a case of too little, too late, and fans and critics alike didn't resonate with it like Capcom was hoping they would. Which is likely why they went to the "alternate reality" game idea that they had Vancouver working on before they were closed.

The closing of the Vancouver studio is indeed a blow to Capcom, however, this is actually part of their plan to maintain "quality control" over their company. They want to focus on making quality titles, and it's clear they weren't content with what the Vancouver studio was doing.

And while they will take a loss, it might not be as bad as you think. For their game, Monster Hunter World has done so well this year that their losses likely will be minimal in comparison. Not to mention there are other games they're going to release this year that can balance out the loss in profit as well.