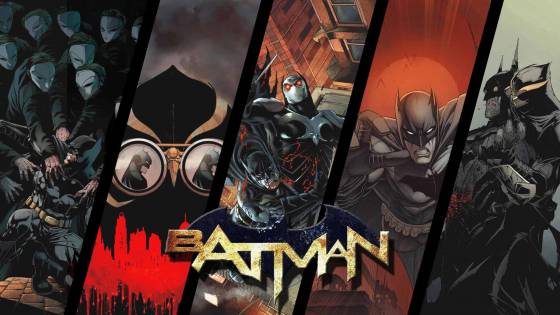 When you think of the highest level of quality in terms of comic book video games, you think about the Batman Arkham series. For these three main titles (and a spinoff that was rather good in the eyes of fans) took the world of Batman from the comics and perfectly placed it into the 3D realm of video games. Combining high-intensity action with the stories and subplots that comic books are known for. The first one, Arkham Asylum, set the tone. Then Arkham City changed the game and the genre. With Arkham Knight delivering an emotional impact of a finale. But since then, the Batman games have stopped.

But, rumors have long been circling about what might be next. Given the popularity of the titles, it seemed logical that a Batman game would be coming again, but nothing had been announced. However, the team at WB Montreal, who made the spinoff title Arkham Origins, have been making tweets teasing something big happening. One was a picture of a developer wearing a shirt with an owl logo on it. This was no doubt intentionally done, and it has sent fans into a frenzy, and this may indicate that the Court of Owls from Batman lore is in the game, if not the focus of it.

For those who are unfamiliar, don't be mad, the Court of Owls is very much a recent addition to the Batman mythos. They were the first villains in the New 52 Batman saga ran by Scott Snyder. In the comics, the Court of Owls were a group of high-ranking citizens and "bloodlines" within Gotham, and they helped run it from the shadows for years. In fact, they were so good at being hidden, that they even kept their presence away from Batman, who had been in costume for years before finding out about them.

What made the Court of Owls so deadly though, was that their organization had an army of soldiers called Talons, who were undead for lack of a better word and a long comic conversation. This made them the perfect rivals for Batman, who is a master of all combat.

Though Batman did defeat the Court of Owls, it was a long fight, one that had many psychological twists and turns along the way. So, for WB Montreal to potentially be making a Court of Owls game is rather significant.

What's more, the head of WB Montreal later teased that he was going to be in Los Angeles the night of The Game Awards, but not to be at the show, but rather, to talk to WB about their progress with the game. He asked for fans to be patient, for the team knows that they want answers, and they will get them, in time.

Given how long it's been since Arkham Knight's release, it'll be interesting to see how long it takes for a potential full announcement to be given. And what's more, when we'll find out the Court of Owls involvement in the game, if any at all.