Cyberpunk 2077 Will Have Tough Police 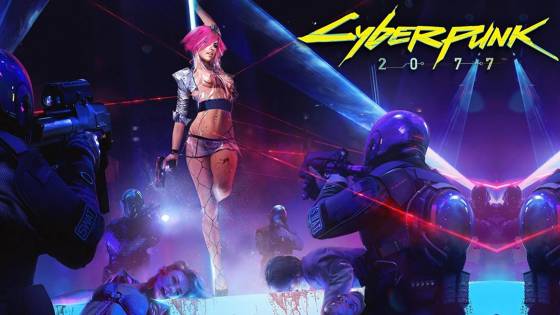 CD Projekt Red is a legendary video game developer in its own right. For they are the team that helped bring The Witcher series to life. A series of which has sold tens of millions of copies and has gotten numerous awards, including Game of the Year many times for Witcher III: Wild Hunt. But now, they have left The Witcher behind and are working on a new title called Cyberpunk 2077. This game has been in production for some time now, but at E3 2018, we finally got our first official look. And ever since then, the team has been revealing more and more about the world.

The game itself takes place in one city, Night City. A haven for both the rich and the poor, and it's also stated to be one of the worst cities within this world. But, everyone stays there because of the promise to be better, whatever that means to them at the time. CD Projekt Red is truly making an in-depth and detailed world, and that includes things like making sure the side quests matter.

In an interview with Gamingbolt, Level Designer Miles Tost noted that while side quests won't technically be a part of the main story, they will still be influential in their own way. Including by informing players about how the world works, why certain characters act the way they do, and more. Plus, he did tease that some sidequests could actually influence certain parts of the main story. Thus, it'll be in players best interests to try and do as many of the side quests as possible, as it could lead to many things.

Another aspect that CD Projekt Red focused on was making the world feel real in comparison to our actual world. And one of the ways that they wanted to do this was by having the world truly react to what you and other characters in the game do. So by that end, they have made it so that the police in Night City are very dangerous. Not dangerous in terms of abuse of power (though that's likely a storyline or two), but rather, if you break the law, they will have the ability to take you down. These officers will have cyber implants of their own, and because of that and their weaponry, they'll be able to handle most situations. So if you do any lawbreaking, you'll need to be careful of who will come after you.

Cyberpunk 2077 is shaping up to be quite the RPG experience, if for no other reason than the world and how it reacts to you, and how you react to it, seems to be a big piece of the puzzle. CD Projekt Red has already noted some of the deep plots and themes that are running throughout the game, including being fully cybernetic instead of being fully human.

Though the game doesn't have any official release date as of yet, the team are going to be doing lots more interviews as time goes on.