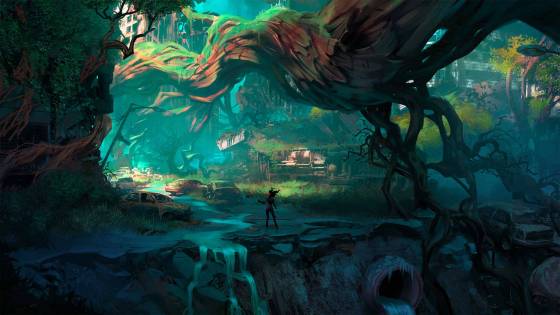 Darksiders 3 has been out for almost a month now, providing us the long-awaited sequel to Darksiders II, and the next chapter in the story of the Four Horsemen of the Apocalypse. Even so, the game hasn’t gone without its share of criticisms. Many have already pointed out that the combat in Darksiders 3 shares a lot more similarities with a Dark Souls game than it does Darksiders. Indeed, the game’s enemies seem designed to be tougher, and souls are even collected from fallen foes as a form of spending. A lot of fans quickly took to social media to let developer Gunfire Games know their thoughts, and it seems they listened… quickly, too! In a new patch that just recently dropped for the hack-n-slash game, Gunfire details quite a many new changes, the biggest being the addition of a new combat mode. This mode, known as ‘Classic’, changes the controls and battle system to feel more like the other Darksiders games. Interested?

Naturally, the game’s main combat system is still there too for those who prefer that instead. That one will just go by the name of ‘Default’, and you’ll be prompted to pick one or the other as soon as you load up the game after the patch applies. You can switch between Classic and Default at any time during play, and thankfully, it won’t affect trophies, progress, or difficulty. Classic adds things like instant item usage to Fury’s abilities, whereas Default has her going through a lengthier animation to use an item. Players will also be able to dodge to cancel their attacks while in Classic mode, an ability taken from the previous games in the series. The differences between the two are clear: one is more fast paced and similar to what came before, while the other takes cues from more modern games and slows things down just a hair. It’s up to you which one is best, but since you can switch on the fly, there’s no reason not to try them both out.

This patch wasn’t just for combat changes, however. It brought with it a whole bunch of quality of life changes that Gunfire Games also heard some fans mentioning in their feedback, which they’ve requested to “keep it coming”. Now, the level cap in Darksiders 3 will jump all the way up to 200… for both Fury and the enemies. As a result, some re-balancing has been applied to enemies and items that are above level 80, in order to make the progression curve on them smoother. Ledge grabbing has become more reliable, something that many players found finicky. The usual technical boosts and issue fixes are grouped in, and most interestingly, an improvement to the checkpoint system. Many of Darksiders 3’s changes were met with positive reception, but one of the more common criticisms was the frustratingly spaced out checkpointing. This patch will make those pop more frequently, which should also provide an incentive to those playing on a harder difficulty. All in all, the patch has provided a major re-working to the game and made it more enjoyable for just about everybody.

This puts Darksiders 3 at its second total patch so far, but more will likely follow after continued fan feedback. The full changelog list can be found in the original Steam posting, since the update first applied to PC players. Make sure to head over to that to see every change, big and small, that patch number 2 is bringing to the game. If you want to get into Darksiders 3, now would be a great time to start with these new fixes. It’s available for Windows PC, Xbox One, and PlayStation 4. The other two games have made their way over to all three of these platforms as well, so if you’re completely new to the series, you won’t have to look far to start it up. Darksiders 3 takes a break from War and Death, the two horsemen of the previous games, and has players taking on the role of Fury, the only female member of the group. Fury works a little differently than her brethren, using whips, daggers, and magic to befuddle enemies in combat, making her the more unpredictable of the four. Hopefully the lack of a game focusing on the fourth horseman means we’ll get a Darksiders 4 at some point too.