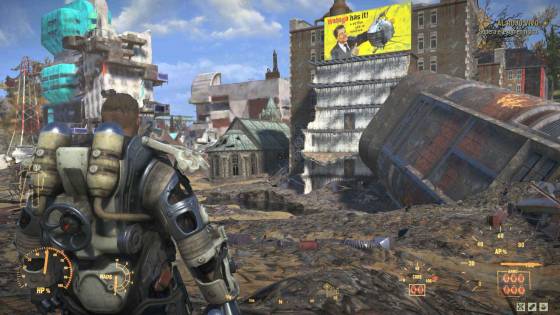 If you’ve been keeping up with the goings-on in Bethesda’s latest Fallout adventure, Fallout 76, then you’ve probably seen the numerous glitches that have plagued the experience. What’s more unfortunate is that these glitches and bugs have led to some weird, game-breaking occurrences that have forced Bethesda to outright ban certain players. This most famously happened when a group of them used a third party software to access Fallout 76’s ‘developer room’, resulting in swift punishment from the developers themselves. Another surprising glitch has happened, but this story has a nicer ending. Just last week, Reddit user McStaken was participating in the “Rad-Rat Horde” in-game event when he found himself teleported inside Vault 63.

Vault 63 has been a locked location in Fallout 76’s huge map for all this time. Players can visit it, though they can’t go inside. According to Bethesda, this is because it, alongside numerous other locked vaults, will be opened publicly at a later date. That hasn’t stopped certain clipping bugs from happening though. 63 has been subjected to this before, though the process behind this latest bug means McStaken got to see more detail in the vault than ever before. Unlike past instances of players finding themselves where they shouldn’t be, McStaken was worried about getting banned. In an effort to combat this, he took extensive photos of Vault 63’s interior, posted them in a batch on Reddit to Bethesda, and promptly explained what happened.

Thankfully, the developer was extremely understanding. “Glad to hear you got in an out of the Vault in one piece,” reads their reply. “These Vaults are still under construction, but we look forward to sharing more on how they will become part of the game. In the meantime, we also appreciate when players like yourself let us know about stuff like this.” It just goes to show: Take responsibility for what weird things you find as a result of bugs, and you won’t get banned. Dutiful reporting like this also ensures that Bethesda can more quickly and easily get a stamp on the problem in their efforts to fix the game up; with the number of glitches plaguing Fallout 76, they need it. Vaults 94 and 96 were also subjected to some no-clipping issues a few months back. These will open at a later date alongside Vault 63. Now that the report’s been given, hopefully it will be closed up soon.

Fallout 76 is available on Windows PC, PlayStation 4, and Xbox One. The game is still relatively fresh, releasing at the tail-end of last year in the middle of November. If you have yet to get in on it, I think that decision will probably come down to how long you’re willing to wait on these glitches getting patched. 76 marks a significant departure from past Fallout games’ formulas, going instead for a shared, online open world similar to games like Destiny. A lot of people expected the game to have issues right from the get-go for this reason, as online servers can be tricky to maintain. If you’re curious about Vault 63’s insides and what the player discovered, you can check out his entire post to Bethesda on Reddit. There’s no word yet on what date we can expect these vaults to open, so stay tuned on that front.