Fan's PC Remake of Kojima's P.T. Taken Down by Konami, Gets Offered a Job Instead 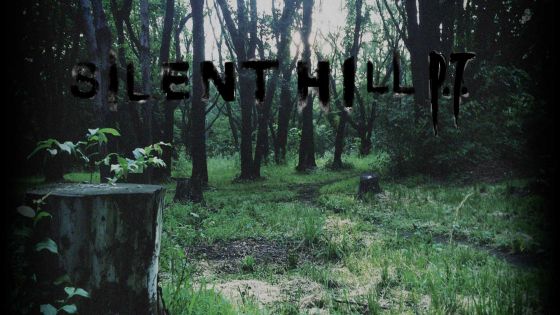 P.T. is often cited as one of gaming's biggest lost opportunities, a real sour note from the midst of 2015. The short but terrifying playable teaser inspired many gamers around the world with its intriguing mysteries and refreshing take on horror. After its takedown by publisher Konami, quite a few fans eagerly got to work on re-creating it in various forms. Sadly, most of these either never got finished or were brought down similarly by Konami. The latest fan remake seemed to be on its way to a full release, however. Developed by a 17-year-old who goes by the handle of Qimsar, his remake was titled P.T. for PC and was being passionately re-made in Epic Games' Unreal Engine. From the test versions released up till now, it was looking like a very faithful recreation, which makes this news all the sadder. Qimsar provided the details in full on how it got taken down, but thankfully, things ended on a good note.

But first, a history lesson for those who aren't aware of what P.T. was! Back in the second half of 2014, the game got announced and launched simultaneously at Sony's Gamescom conference. It was a free demo, seemingly made by a new studio called 7780s Studio. It didn't take long for players to make their way through the creepy teaser, open up its mysteries, and discover the truth: P.T. was actually a teaser for a new Silent Hill game, Silent Hills, developed by Hideo Kojima in collaboration with horror creators Guillermo del Toro and Junji Ito. P.T. was a unique and cleverly scary first-person horror experience, taking place in a singular looping hallway that only got more deranged and sinister the more it looped. Sadly, Silent Hills never saw the light of day. Due to Kojima's feud and departure from Konami around the time of MGS5's launch, the publisher canceled the project entirely in 2015, removing it from the PS Store and for re-download. Now, it only exists for those who didn't delete the original demo from their PS4's storage.

Back to Qimsar, the young developer was getting very close to finishing his remake. He estimated he put around 180 hours into its development before getting the call from Konami. As detailed on a blog post, Qimsar explains that he was asked to take down the remake due to legal issues. Despite the bad news, the Konami representative was very kind about the matter, eventually leading to a very surprise offer: An internship with Konami. As it turns out, many folks over at the studio saw and liked his remake a lot, so much so that they're considering going forward with an internship position. If it goes through, Qimsar would be working with Konami's US, EU, and Japan divisions on various tasks. Despite how often bad news surrounds P.T. like a dark cloud, it's nice to see a passionate developer's skills not go to waste.

So yes, this means that P.T. for PC is no longer available. Despite that, you can view the latest gameplay footage from the project below, which bears extreme resemblance to the original in many ways. If you haven't gotten to play P.T., maybe someone you know still has the demo from back then! Otherwise, videos of the entire thing naturally still remain everywhere online. The legacy of P.T. had its own sort of happy ending, considering what happened to all of the people working on it. Hideo Kojima went on to start his new studio with Sony, Kojima Productions and began work on the mysterious new I.P. Death Stranding. Guillermo del Toro went on to assist in this game's development, and actor Norman Reedus is set to play the main character, exactly as he was going to for Silent Hills. Death Stranding has no solid release date yet, but E3 2018 gave us our first vague look at its gameplay. For the full story behind P.T. PC's takedown, check out Qimsar's blog post!