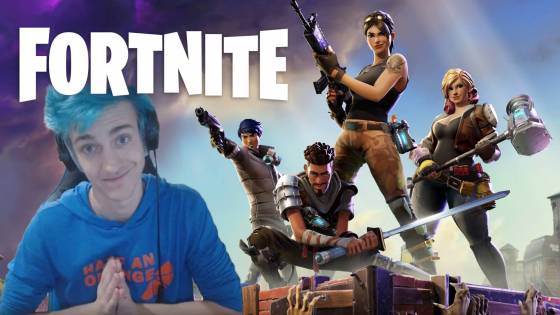 There are a lot of topics in the gaming world, and some of them get blown out of proportion, while others aren’t discussed enough. And for the "celebrities" of the world, whether they be developers, voice actors, or streamers, or eSports players, we put them under an intense microscope and judge them often on what they do or don't do. In the realm of Fortnite, there is no streamer more known or more popular than Ninja. Despite the simple name, he is part of the reason Fortnite is mega popular and does numerous events for the game to raise money, sell tickets, and to boost the games visibility.

His streams alone break records left and right, with him owning Twitch's most viewed stream record and most followers. His earnings on Twitch alone are enormous. However, gamers noted something interesting when it comes to his streams. Mainly, while he does have guests at times, including rapper Drake, which blew up the internet, he's never had a female on his show. Naturally curious, people started to ask why he never did this, and last week, he said during an interview that he will never have a female gamer on his stream, for the moment he does, the people of the internet will dissect everything he and she (whoever the lady may be) do to see if there's anything to gossip or talk about. He didn't want that, he doesn't want that, and so he'll never allow it to happen.

Upon hearing this, the internet was a bit divided. His supporters rallied behind him, thanking him for not only keeping his image clean but also protecting the potential female gamers he would've had on his stream. Others though were not so kind, calling him out for his "beliefs", and saying he should man up and do it regardless because it's what is "right" and what "his fans" want.

Upon hearing all this criticism, Ninja, aka Tyler Belvins, took to Twitter and made a long response at those who were throwing shade for his "no female gamers" policy.

He assured everyone, critics and loyalists alike, that he's not against female gamers, he even noted many of the ones he supports in his post, but he's opposed to is online harassment. Both for himself and whatever guest he has. He didn't want any undue and incorrect hate thrown at him because of something someone "perceived".

Ninja noted that streamers have a lot of pressure on them because of their more public life, and if they try and reveal something about their lives, the fanbase latches onto it, and that can create problems. Ninja himself noted that he's married, and he's been like that for a year, and his top priority, more than the money, the streams, the fanbase, all of it, is protecting them. Which is what a good husband should say.

So it's clear that Ninja is not going to back down from his policy, and regardless of whether that detracts or attracts fans, he's going to stick to it.