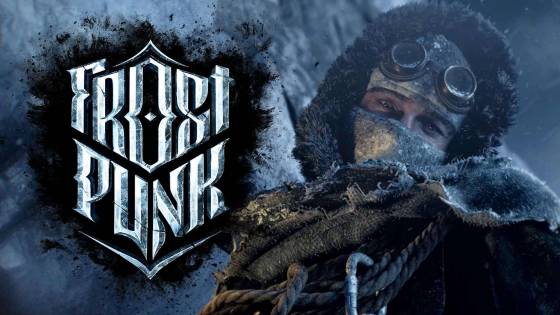 Ah, Frostpunk! A game of survival and resource management. It was put out by developer 11-bit studios S.A. this past April and sold a good amount just within its first few days alone. It hasn’t been completely free of criticism, however, with many finding its city-building elements a tad restrictive or too specific. The content in the game up until this point has been carefully curated, but many have wondered where a more free mode is. The devs have been intently listening, and just the other day they announced via a reveal trailer that they’re bringing an all new mode to Frostpunk: Endless Mode. The name sounds like exactly what it implies, and it’s bringing with it heaps of contents for players new and old. Best of all, we get to see footage of it in action! Even better, it’s free.

Endless Mode will allow players to construct their cities the way they want, though it does come in two flavors for two vastly different play-styles. “‘Serenity’ for the constructors who enjoy growing the city at their own pace without hard challenges, and ‘Endurance’ for survivalists looking to earn their stripes and see how long they’re able to live in the harsh cold world of Frostpunk,” reads the official description attached with the video. No matter which mode you choose, the Endless Mode DLC will also bring with it new buildings for all players to use. Some of these include Archives buildings, which allow you to compile info and lore all into one area. In addition to this, you can discover both new sites and random events throughout the frostland. There’s plenty to dig into, and a lot more to build as Frostpunk expands ever further. Free content updates like these are likely to keep on trucking.

The background story of Frostpunk puts it in a world of alternate history, originating back to the point in the 1880s when Krakatoa erupted. This, along with other factors, caused the entire world to go into volcanic winter. Society thrives in areas known as generators, and the game’s story branches out into three different scenarios from this. You get to choose which one you play, but each brings with it an exciting game of survival and community management amidst your generator. The city building aspects come into play as you gather more resources with your group of survivors, which is its own micro-game within a game as you improve your city’s capabilities.

The Endless Mode DLC for Frostpunk is set to release in a couple of days as of the time of this writing, so it should be right around the corner. As for the game itself, you can play it on Windows PC via Steam, GOG, or the Humble Store. Once the update goes live, it will be free for everyone, so kick back and enjoy it! But not before checking out the dev diary trailer just below here, which delves into the makings of Endless Mode and exactly how it works. For all else, there’s always Frostpunk’s chillingly packed official website! Happy building, everyone.