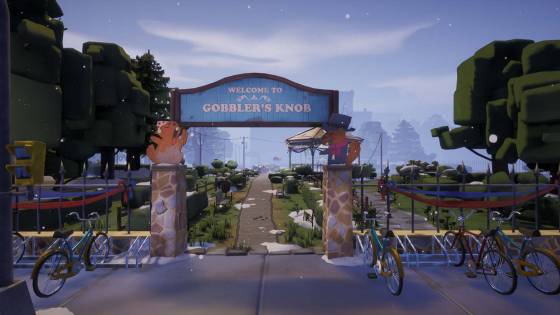 It’s not every day that a classic movie gets a sequel, and much less so when that sequel is in an entirely different media format from the original. That’s exactly what happened to the 1993 comedy film ‘Groundhog Day’, however. As many are probably aware, the actual holiday of Groundhog Day came and went recently. During this time, both Sony and studio Tequila Works announced a brand new VR game set to release later this year. The game, going by the title of Groundhog Day: Like Father Like, Son, will serve as a sort of far off sequel to the original film, complete with a similar premise. Be prepared to live through one day repeatedly… in VR!

For those who may not have had the chance to catch the original Harold Ramis film, here’s a brief synopsis. The film follows Phil Connors, a weatherman portrayed by Bill Murray. When covering Groundhog Day itself, Connors becomes trapped in a bizarre time loop in which he must relive the same day over and over again, unsure of a way to break out of it. As it turns out, Like Father Like Son is more closely related to all of this than you might think. The game is set 26 years after the film’s events, placing it squarely in present-day 2019. You play as Phil Connors Jr., the son of the film’s protagonist. He’s spent his life “growing up in the shadow” of his father, with that pun very intended. When Connors Jr. finds himself in his hometown of Punxsutawney, he quickly discovers that he too is reliving the same day over and over. It’s up to him to learn “the true value of friends and family”, if he wants to escape, that is.

For developer Tequila Works, this isn’t their first VR rodeo. The group was previously responsible for the VR mystery game ‘The Invisible Hours’, which released back in 2017. The Invisible Hours was unique in that it presented a story that unfolded all around the player, with them being forced to decide which parts to go listen to and inspect since it all happened simultaneously. “For this VR project, we wanted to go a step further by making the player an active, disruptive element in the story, giving them more narrative choices to have a key influence on the storyline,” Tequila Works states in the PlayStation Blog announcement post. “Not only will the player have a much stronger sense of physical interactivity, but a deeper emotional connection to the non-playable characters.” Not much is known about its gameplay yet, but it will feature multiple branching narratives that can be explored based around your choices.

Groundhog Day: Like Father Like, Son is set for release sometime later this year, with nothing more specific beyond that. It’s probably going to feel like a time loop waiting on the game, but there’s no doubt VR fans everywhere out there will be eager to get their hands on it. Some other helping hands on the project include Sony Pictures Virtual Reality as publisher and MWM Immersive as producer. While the game will obviously be available on PlayStation 4 via PS VR, it will also be playable on both Oculus Rift and HTC Vive as well, should you so choose to do so. All versions will release at the same time, thankfully. You can check out the game’s short teaser trailer below, or read the PlayStation Blog announcement for more. Tequila Works will have more to share in due time. Happy Groundhog Day!