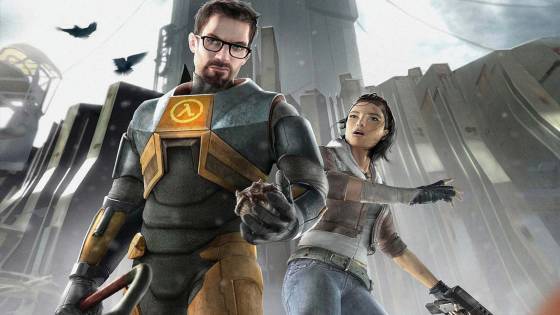 The Half-Life series is one of the most revered shooters in the history of gaming. The first title helped revolutionize the genre by proving that advancing shooting mechanics can work with a story-rich game, and gamers have enjoyed Half-Life 2 just as much by seeing how far Valve pushed the graphics and content of the original. However, easily one of the best things about Half-Life is the mods. Gamers from all over the world have come together to make some of the best mods not just in the series, but in all of video games. Gary's Mod, for example, helped change the modding world, and though Half-Life 2 has long since been out, the game is still getting mods to this day.

For example, a very impressive mod that was just released for Half-Life 2 is the "Mobility Mod", conveniently made by modder MobilityMod. The mod itself has many features, but one that will have gamers laughing for joy is that it gives the player the ability to jump on enemies heads and kill them just like Mario from the Super Mario games. This is but the latest gaming inspiration to find its way into Half-Life via mods. Other games like Silent Hill, Stanley Parable, and so many other games have gotten aspects of their gameplay put into the game, and now Mario can add itself to the list.

But, it's more than just being able to jump on enemies to death, the Mobility Mod also adds many other "mobility" features. For example, you'll be able to double jump for the first time, as well as be able to do wall-running. You can also do power-sliding, ledge climbing, and even thrown grenades, including being able to hold them longer in order to "cook" them. While these features may seem small in the context of a mod, it's important to remember that these features were not in Half-Life 2 before, and so they actually add many new elements to the game that can radically change how you play it.

On his ModDB page, MobilityMod answered some questions from gamers who had tried out his creation. Including wondering if Episode 1 and 2 of Half-Life 2 could get this mod as well. He's open to the idea, but, he would have to release different packages for each episode, especially Episode 2 where there was a new game engine. And though he was able to make a little mini-campaign for his mod, he's not able to make a multiplayer version despite fan requests. However, he does suggest Titanfall 2, which was clearly a big influence on his mod.

However, he will be releasing the Source Code for his mod in the near future, so it's possible for you, or another game, to pick up where he left off and try to make the Mobility Mod even better than it is now. All this goes to prove that the modding community is still in full force and they'll continue making mods for Half-Life and Half-Life 2 as long as they are able.