Hitman: Blood Money and Absolution Remasters Sneaking Up on Consoles This Week 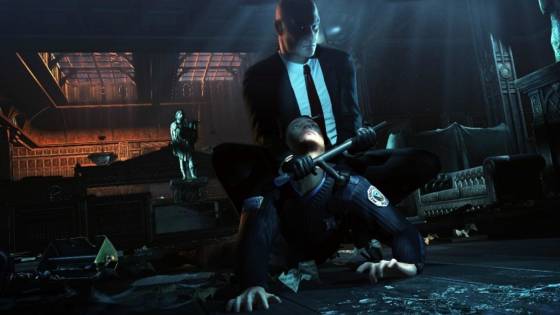 If you haven't gotten around to trying the Hitman series yet, I'd be surprised. With how many ports there have been of the older games, as well as the continuation with the recent 'Hitman' and 'Hitman 2' releases, it's hard to miss. This rings especially true with this latest news from Hitman developer IO Interactive. In a surprise announcement on their official website, the team revealed that they've remastered both 2006's Hitman: Blood Money and 2012's Hitman: Absolution for modern consoles. Best of all, the release is a shocking few days from now, right around the corner actually. In a strange turn, it's left many choosy spenders conflicted, since IO's Hitman 2 released near the end of last year, making that game still very new (and previously discounted with holiday sales). Nonetheless, these two classic games have held a special place in many a fan's hearts for years, with many considering them some of the best Hitman games.

The collection goes by the straight title of Hitman HD Enhanced Collection, a two-for-one package deal rather than the two games separated as individual purchases. "We're very happy with this collection and how we were able to update and remaster two of our classic Hitman titles for modern consoles," stated IO Interactive CEO Hakan Abrak. "Hitman: Blood Money and Hitman: Absolution have helped us on our journey to where we are today, and we're looking forward to players enjoying them in 4K and 60 fps." Yup, you read that right; both games will get the usual remastered treatment of 4K graphics and 60 fps for tighter gameplay. This will make the release compatible with both PS4 Pro and Xbox One X, should you be in a position where you can take advantage. Other improvements include beefed up texture resolution, super-sampling, improved lighting, upscale support, and updated controls that make both games play smoother than their original, older counterparts.

Hitman: Blood Money, the fourth overall game in the series, released right around the end of the PS2/Xbox/GameCube console era. It's no stranger to the re-release treatment, having been included in 2013's Hitman HD Trilogy collection on PlayStation 3 and Xbox 360. Blood Money is widely considered as one of the more open-ended and creative Hitman games out there, leaving a positive impression on a lot of the fanbase long since its initial release. Absolution was a lot more divisive of a game, with most criticisms applied to its linear level structures. Thankfully, despite that, Absolution too has its close following of fans. Absolution is the fifth mainline game in the series, before IO rewound the clock on their titling and put out the episodic 'Hitman'. IO had a management buyout with Square Enix back in 2017, in between the release of Hitman and the development of Hitman 2. This led to them going indie and re-gaining the rights of the series back, which is why this very article can even be posted now.

Even though IO hasn't shown any gameplay footage of the Hitman HD Enhanced Collection, the release is close enough that it doesn't really make all that big a difference. The collection will release as a digital exclusive on both PlayStation 4 and Xbox One this Friday, January 11th. It will be priced at $60, and you'll receive both games for purchasing. If you want to check out IO's announcement of the collection, make sure to do that too. Alternatively, you might be considering Hitman 2 for purchase like many others. It can be found on the above consoles, as well as Windows PC, for the same price as the Enhanced Collection. In a surprising move, IO developed the game as a full title, rather than an episodic release like the previous Hitman. That point in particular was one of frustration for many, and Hitman 2 has gotten fairly positive reviews and reception for bucking the trend.