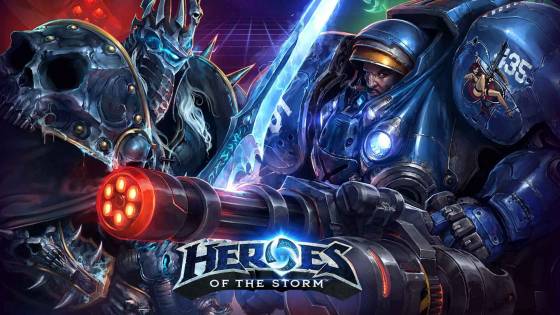 Earlier this month, developer Blizzard Entertainment abruptly announced the end of the eSports program for their crossover MOBA ‘Heroes of the Storm’. It was a rough announcement, and a bad look on the company. Many streamers around the world utilized that program for a steady income, or for its scholarship rewards. With the entire thing gutted by means of a blog post, many found themselves without income or the community that they’re passionate about. Since then, reports have come out about Blizzard’s ever-changing business strategies as of late, and how the studio is prioritizing cost-cutting and shipping games above all else. Taking one look at Heroes of the Storm’s sales numbers, it’s clear why it was chosen as the target. It’s a fair number less popular than Blizzard’s other games, but that doesn’t diminish the passionate following it has around it. So what’s been going on at Blizzard? Why has all of this been happening?

The easiest place to start with is looking at the new change in management. Publisher Activision has been closely associated with Blizzard since their merging in 2008, but despite that, Blizzard’s co-founder and CEO Mike Morhaime kept the company rolling without fail throughout the years. Recently, however, Morhaime parted ways with the company and retired, which has opened up the gates for more of Activision’s business-centric policies to come in. Former Activision CFO and current COO Armin Zerca has been focused on bringing in a good amount of new employees from differing backgrounds, many of which come from either Activision or McKinsey. This has made the two companies more closely related than ever before, and that hasn’t gone unnoticed by longtime Blizzard employees. Kotaku recently put out a report filled with various anonymous statements gathered from the employees themselves. “Finance in general in Blizzard has been one of these invisible functions that’s there, but doesn’t have a say,” said one of the employees. “Now they’re suddenly in meetings.”

This has all been a consistent theme over the course of 2018. Blizzard has a program called Career Crossroads, which has always been used for people who have been working there in customer service representation for over five years. That changed as of this year, broadening out to the IT and QA departments, and having a less lengthy time requirement to make use of. The program allows those who meet those requirements to leave the company with severance packages. In essence, changing Career Crossroads is allowing more employees to take the buyouts and leave Blizzard, thinning up the teams in areas where they feel aren’t as necessary. As a result, many Blizzard departments that aren’t directly focused on making games have been affected, including the above mentioned two. Taking the pieces and fitting them together paints a clearer picture: Thinning out non-game related teams, increasing focus on financial department and sales, and the cutting of HotS’s eSports program means that Blizzard’s focus is shifting gears towards getting games shipped faster. It’s a more closely related business model to Activision’s, which can be seen in full with steady releases like the Call of Duty series.

How all of this will affect Blizzard in 2019 and onwards is unknown at this time, but it does have many worried. Naturally, the bigger franchises like Overwatch and Diablo are still getting their full attention, but changing financial priorities could mean a changing model for those games too. “Blizzard is a special place,” said another employee in an anonymous statement. “A lot of people are worried about the future of Blizzard - if the Activision method seeps in more, what that’s going to become.” These recent reports, along with the news about Heroes of the Storm, have been added onto an increasingly bad 2018 for Blizzard. Earlier this year, the company found themselves in hot water with the announcement of Diablo Immortal at Blizzcon, a mobile spinoff that got intense backlash from the Diablo fanbase due to its spotlighted announcement at a big event like that. Even so, Blizzard has assured that a new mainline Diablo game is in development, but isn’t ready to share at this time. Needless to say, 2019 will be an interesting year for Blizzard Entertainment. For the full internal reports and gathered statements, make sure to check Kotaku’s original story.