Is Nintendo Hiring For A New Legend Of Zelda Game? 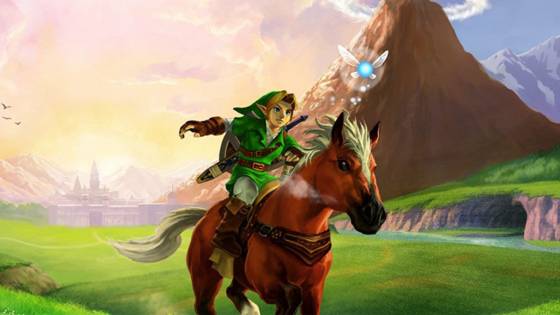 The Legend of Zelda is one of the most important video game franchises in the world today. And for Nintendo, it is constantly a franchise that they can count on to deliver big numbers in terms of sales. When the Nintendo Switch launched in March of 2017, Nintendo knew that they had to bring a big A-List title to the system to see it off properly, and that title was Legend of Zelda: Breath of the Wild. This game was so big, so epic, so grand, that not only did it earn many Game of the Year awards, but it has sold over 10 million copies to date. While also being one of the best-reviewed games of all time.

Naturally, gamers knew that Nintendo would make another one, and possibly be like the Wii in having two major new Zelda titles in one console generation (Wii had Twilight Princess and Skyward Sword). This seemed to be confirmed by longtime Zelda producer Eiji Aonuma, who not only noted that all Zelda games from this point on would be open world, but that he had some things he wanted to put into the next Zelda title. The only question was, when would it begin in terms of development? Well, we seem to have the answer now. As job listing has been found on the Japanese Nintendo site, and they're asking for help making the next Legend of Zelda title.

The job listing that was posted was for a 3D designer, specifically one that can work on various environments, including a field or a dungeon. Legend of Zelda fans know that when it comes to the Zelda franchise, there's going to be big areas to roam around, and dungeons to defeat bosses in. For those who are still skeptical that this is a truly Zelda listing, the "other skills" section of the listed noted that applicants should have "interest in Zelda".

A level designer was also asked for the game listings, further pointing to a Zelda title being made right now by Nintendo.

With the focus of the jobs now known, the other big question is, "What type of Zelda game is Nintendo making?" As noted, the game is going to be open world based on the producer's comments. But, will it be a sequel to Breath of the Wild? The ending of the title did indicate that it could get a sequel if they wanted, and they have done that in the past with Zelda games like Majora's Mask and Phantom Hourglass. but, there is the possibility that they don't want to "recycle" things, and thus could put the game in a new land. Or, a new take on an old land, like Termina, and make a "spiritual successor" to Majora's Mask, like Breath of the Wild was to Ocarina of Time.

Or, knowing Nintendo, they could easily go into another direction that fans will never expect. Either way, it's clear that something Zelda-related is in the works. It's up to Nintendo now to make the game, and decide when to share it with gamers.