Just Survive Servers Are Packing It Up For Good 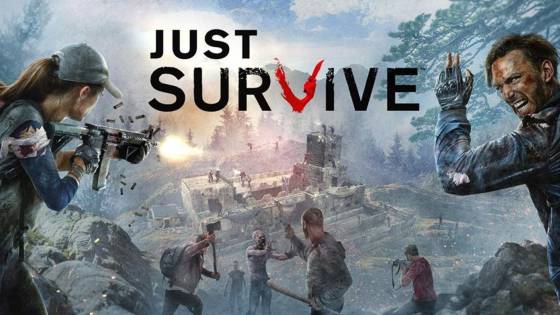 Daybreak Games the company who is known for their very popular battle royal game H1Z1 is ending support for their game “Just Survive.” For the people who do not know the history of Just Survive, Just Survive was the first original H1Z1 game. H1Z1: Just Survive got split off from H1Z1: King of the Hill back in 2015 during the game's early development. In August of last year, H1Z1: Just Survive dropped H1Z1 from the name to distant its self from H1Z1: King of the Hill. This is because unlike King of the Hill who was easily getting thousands of active players at any given time, Just Survive was not having anything close to the same success rate. H1Z1: King of the Hill eventually got renamed to just H1Z1 back in October of 2017. The announcement that the servers would be closing on Wednesday, October 24, 2018, came from the Just Survive website on August 24, 2018. With this news, the game also got removed from the steam store making it unavailable to be purchased. If you just recently bought the game, you can request a steam refund, but you would still need to qualify in the steam refund policy which can be frustratingly challenging. Players who own the game can continue playing Just Survive like normal until 11 A.M. Pacific time on October 24, 2018.

For those who are not familiar with either H1Z1 or Just survive they are both battle royal games where you face both other players and enemies to win the game. With Just Survive specifically you needed to worry about not just other survivors but also Zombies and the environment. The environment included wildlife animals like Bears and Wolves. To protect yourself in the game you were also allowed to build barricades and strongholds, however if your stronghold is not fortified enough it can be raided and looted by other players who need supplies. You could have also traded in the game for what you needed as well if you wanted to be more diplomatic with your neighbors.

Just survive still has a fairly small group of loyal and core fans who still regularly play the game. The game hits around 300 players daily and has a dedicated community around the regular players. The game gets far less players then H1Z1 which gets about 4,000 players daily. However, they are both extremely far from their all-time peaks when Just Survive was getting tens of thousands of players daily and H1Z1 was getting well over a hundred-thousand players daily. If you’re a player who is interested in playing the game, the only way as of now to play it is to find a friend who already had the game before it went off of Steam and play it before October 24th, 2018. If you’re interested in H1Z1 It’s not all bad news for you, Daybreak Games recently just released H1Z1 for purchase on the PlayStation store for free, those who are interested can check out the details on H1Z1's website.