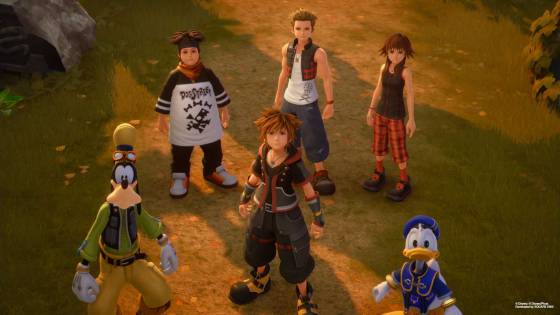 Spoilers can be tricky to avoid, especially in this day and age. With the growing popularity of the Internet over the 21st century, accidentally stumbling upon a plot twist or footage of a thing you love became a lot easier an occurrence. It's a shame, then, that the same thing has recently happened for upcoming RPG giant: Kingdom Hearts 3. A couple of nights ago, multiple pieces of footage for the game leaked onto a Facebook Marketplace listing. This listing has since been deleted, thankfully, though the footage has likely spread to other places. The footage in question comprised multiple things, including bits of gameplay, and the game being booted up on an Xbox One dashboard menu. Various communities throughout the Internet quickly took action, with certain YouTubers and Reddit communities providing heads ups and ban warnings for any who intended to post such things. Allegedly, a handful of copies of the game have already made it out, a full month and a half prior to release.

So why did this all happen? As this is a developing story, the details are still being fit together. A post on Twitter that has since gained attention revealed that the poster knows who the seller was on Facebook, and that apparently they are someone who has had a history with this kind of thing before. The poster even knows the seller's real name, but for privacy reasons, this was not disclosed. According to the post, "it's a matter of when, not if he will be caught". The videos posted on the marketplace were seemingly a way for the seller to provide proof of owning copies, in an effort to illegitimately sell them to others. Efforts have been undertaken on YouTube to bring down remaining footage, but not everything can be accounted for.

The situation got such widespread notice that the director of KH3 himself, Tetsuya Nomura, took to Twitter to provide a message to the Kingdom Hearts community. According to him, Square Enix is already aware of how the leaks happened, and are investigating them accordingly. First and foremost, however, Nomura implores everyone not to share these videos in any way. In addition, he revealed that KH3's epilogue and end-game secret movie will be released at a later date after the game comes out. Nomura calls them the "biggest spoilers in the game", and this decision was made in an effort to keep these being spoiled before KH3 actually comes out. "We want everyone to be able to equally experience the full game after its release, so we ask for your continued support on this matter," he concludes. "We're also very grateful that our fans have been warning each other already about the spoilers. Thank you very much."

It's a scary prospect for Kingdom Hearts fans, as we've been waiting a rather long time for KH3's release. The Kingdom Hearts series is a huge one, with numerous games and side-stories that expand more on its ever-growing plot. The last main numbered entry in the series, Kingdom Hearts 2, released back on the PlayStation 2 in 2005. Kingdom Hearts 3 picks up the story where it left off following Dream Drop Distance, which itself followed directly after the events of KH2, making Dream Drop the closest title to KH3's story. Kingdom Hearts 3 is close now, set to release on January 29th, 2019. Once out, you can play it on PlayStation 4 or Xbox One. If you need to catch up, Square Enix has provided many ways to do so, but only on PS4, with the release of things like Kingdom Hearts: The Story So Far. KH3 is a hotly anticipated RPG, and the final chapter of the series' 'Dark Seeker' saga. Make sure to be wary of spoilers everywhere you look, and hopefully we can all enjoy the game unspoiled in a month and a half.