League of Legends Gets A New Event Alongside Its Newest Patch, Patch 8.18 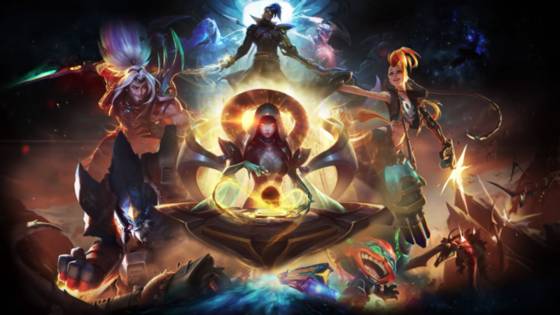 Once again, Riot Games is having another huge special event for their MOBA game League of Legends. The event is called Odyssey, and there is some new content out for the event!

First, Riot Games released six new Odyssey skins for six different champions: Sona, Jinx, Yasuo, Ziggs, Malphite, and Kayn. These skins were first teased in the Odyssey animated trailer video which featured Jinx as the pilot of the crew containing Sona, Yasuo, Ziggs and Malphite battling Kayn as their enemy. Kayn’s skin is a Legendary skin, while all the rest are Epic skins. Along with champion skins, Odyssey ward skins, emotes and icons were also released.

For this event, there is a new game mode out called Odyssey: Extraction which lets the players pick either Jinx, Yasuo, Sona, Ziggs, or Malphite—the members of the Odyssey crew—as they fight off several monsters until they get to the boss battle- their enemy, Kayn. There are even missions to complete using this game mode that gives you rewards and prizes upon completion. Oh, and, everyone gets to use the champions’ new skins in this game mode without any purchases. Keep in mind, however, that this is only for this game mode—not any others—and once the event ends, the game mode will no longer be there and you will have to purchase the skins to use them in Summoner’s Rift, Howling Abyss (ARAM), and Twisted Treeline. Here is the trailer for this game mode.

That’s not all! As the special event is taking place, there were also a few updates and changes to the game.

In this patch, some champion’s abilities were either buff or nerfed in order to make them more “balanced.” Aatrox’s passive for his E was increased at later ranks, meaning he will be able to heal himself more, while is R attack ratio was also increased- so he was buffed a little since they nerfed him too hard the last patch to the point where people stopped playing him again. Akali has been nerfed, as they decreased some damage from her R. Braum’s base health was decreased because Riot thinks he is too tanky of a support and they want him to be able to be poked down more in lane phase. Kaisa’s passive damage is decreased at later levels- it just stays the same at every level instead of increasing, now. Lucian’s Q was nerfed, doing less damage, while Renekton was buffed, as his E does more damage. Ryze’s W now roots others for only 1.5 seconds instead of 2 seconds, and Sejuani’s R slows for only 1 second instead of 3 while her E does much less damage. Trundle’s E cooldown is increased, but the slow effect is increased at later ranks. Vayne’s Q cooldown is lowered, and finally, Viktor’s special item cost is lowered.

A big change that was made this patch is that anyone who loads into a game as a Jungler is now auto equipped with smite. This is so that people do not forget to use smite when they play this role since it is extremely essential that they have it. However, for those that don’t want to have smite, they will be able to change it for another summoner spell if they would like to try something new. You will be able to select smite in the cases where someone wants to switch roles with the Jungler.

A detailed list of the patch notes can be found on the League of Legends' website. Stay tuned for any new updates!