Machinima Takes Down All of Their YouTube Videos After Company Restructure 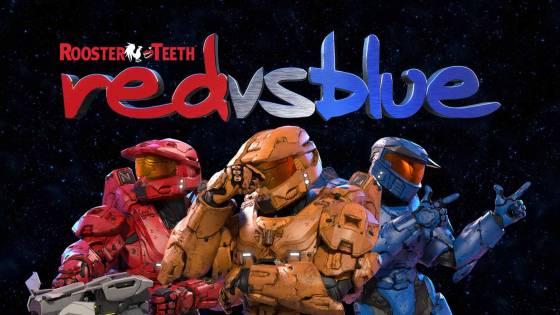 When looking into YouTube's gaming space, one doesn't have to look far to find Machinima. The gaming network has dominated YouTube since its early days back in the mid-2000s, currently sitting at just under 12.4 million subscribers. It became popular and well known for a wide variety of comedic and informative gaming related series, such as Two Best Friends Play, Christopher Walkenthrough, and Red vs. Blue. However, after all the years of generated content and creators taken under their wing, Machinima is effectively no more. Just the other day, it didn't take long for the Internet to discover that all of Machinima's thousands of YouTube videos had been set to private, making them unwatchable. Many were confused by the abrupt and sudden video removal, and no prior warning was given by Machinima towards anyone (not even the content creators themselves). For many, Machinima also served as a way to generate a steady income, so this was a rough rug-pull.

Once the dust settled, various Machinima content creators posted the emails they received. Some were transferred to a new online network within parent company Otter Media, while others were outright fired completely. So why did this all happen? The short version of the story is that it was a changing of hands. Back in 2016, Machinima was acquired by Warner Bros. Digital Networks. Last year, Warner Bros. went on to be acquired by AT&T, which also extended to Machinima themselves. As a result of this, those previously on the Machinima network have effectively been switched over to network Fullscreen. To explain why this led to the mass video takedown, Rooster Teeth's Lawrence Sonntag provided some additional details in a Twitch stream. "Warner, at this point, cannot verify the copyrights to all videos in Machinima's network - and there are a ton of videos," he stated. "It'd cost a lot of money to do it, and this is on videos that aren't getting any views. So, they cut it loose. That's that. It's a business. That's how it goes, man."

Since Otter Media owns Fullscreen, they've been handling the PR side of things (whereas Machinima's social pages have been curiously silent). In a statement later provided to website Kotaku, they provided some vague hinting at what's to come. "We are focused on creating new content with the Machinima team, which will be distributed on new channels to be announced in the coming months," the statement reads. "In the meantime the Machinima network of creator channels continues to showcase the talents of the network. As part of this focus on new content, we have pivoted from distributing content on a handful of legacy operated channels." In layman's terms, new channels will be putting out the kind of content Machinima was originally, likely by those who were chosen to be transferred to the Fullscreen network. It's not known what sorts of videos these will be, or if they'll retain any similarity to the many series found on Machinima's channel.

Speaking of which, it's unclear what will happen to the Machinima YouTube channel at this point. Despite the statement Otter Media provided, it still doesn't answer the question of if we'll see the videos go back to public at any time. Considering Sonntag's explanation of the events, this may be unlikely, which would make Machinima's spot on YouTube a dead channel. The network got into plenty of controversy over the years for predatory contract practices, but it's with bittersweet feelings that many are watching this transpire. Despite all of its rough moments, Machinima shaped a lot of gaming's early days on YouTube before it became the towering platform it is these days. To see so many videos and history completely wiped from YouTube, it really feels like the end of an era. Make sure to keep an eye out on further Machinima-related news in the coming months, especially with Otter Media's planned announcement of new channels. Where this all goes, we'll just have to wait and find out.