Mario Kart Tour Hits the Brakes and Gets Delayed Until Summer 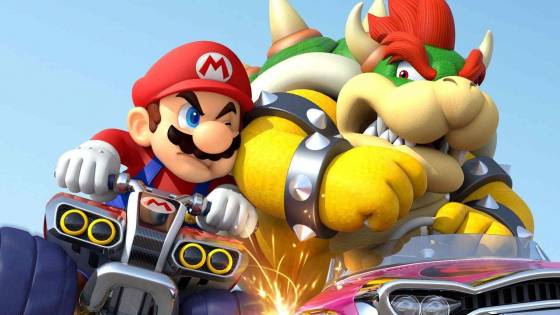 Nintendo has been plenty busy with the maintenance of the Nintendo Switch and 3DS alike. However, they're also doing fairly well in the mobile gaming market too. The company has been making a push to release different mobile games centered around some of their biggest franchises. Super Mario Run was really what kicked the whole thing off, and now, Mario is preparing for yet another mobile outing. Mario Kart Tour, a mobile Mario Kart game, was announced last year and dated for a Q1 2019 release (sometime before the end of March). Nintendo has now decided to change this though. Yesterday, the company released their usual financial briefing report; it goes over things like the total Switch sales, how Nintendo performed over the holiday season, and much more. One tidbit on there reveals that Mario Kart Tour has now been delayed to summer of this year. Bummer!

Nintendo has their reasons for this decision, however. According to them, the purpose of the delay is "in order to improve the quality of the application and expand the content offerings after launch." Better quality is always an important thing. After all, it's why some great games that have released recently have been delayed in the past (looking at you, Kingdom Hearts 3). The latter part of the statement outright confirms that Mario Kart Tour will be receiving post-launch content of some sort. Not terribly shocking, considering its status as a mobile game. Nintendo has been keeping most of their mobile titles afloat with daily content updates and things to do, as with most other Android/iOS apps. "As we endeavor to develop future planned applications, we will also focus on continued service operations for applications that have already been released so that consumers can enjoy playing them for a long time," the statement reads.

Nintendo's been doing real well, even if their projections for Switch sales didn't quite meet expectations. The company was predicting 20 million hardware unit sales by the end of the quarter. With 2018 done and gone, and the holidays now behind us, Nintendo has sold upwards of nearly 15 million units instead. These are no small numbers by any degree; in fact, the Switch is breaking records this console generation sales-wise. It's more of a matter of Nintendo estimating too high for their own good. They don't have to worry though, because this pushes total Switch hardware sales past the 32 million mark. Alongside this, the console's library of games have been performing even better. Super Smash Bros. Ultimate quickly went on to become the fastest selling Nintendo game to date, giving out 12.08 million units just in the first month alone. And that's not to ignore the continuing popularity of Super Mario Odyssey, Breath of the Wild, Mario Kart 8, and other first party titles. Some of the Switch's most popular games also included third party titles, which is always heartening to see.

Curiously, there hasn't been any footage of Mario Kart Tour whatsoever. All we have on the project is a logo. Therefore, no one really knows what the game's going to be like or play like. Nintendo's been pretty consistent in maintaining the franchise' styles in all of their mobile games. Animal Crossing: Pocket Camp has gone on to do super well, becoming a smash hit despite some of its controversies. The same applies to Fire Emblem Heroes and Super Mario Run. If you've played these games, you'll probably have a good feel for what Mario Kart Tour might be like. Since its now been delayed to this summer, expect some news on the game closer to that timeframe. Once out, Mario Kart Tour will be available on both Android and iOS devices. If you're curious about the finer details of Nintendo's financial report, you can take a gander at it for yourself in full. Nice that they always make those publicly available, eh?