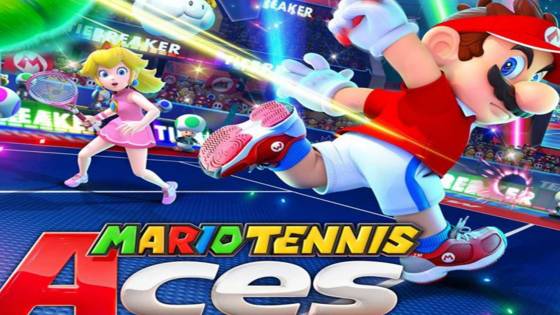 There was a time when the Nintendo sports titles were actually some of the best games in the Nintendo roster. Not because they were as grand as core titles like Mario and Legend of Zelda, but because they were fun games that could be played and enjoyed with friends for hours without growing bored. However, in the last generation of consoles or so, they became more gimmicky than anything else. But, with the Nintendo Switch, Nintendo tried to change that by putting a lot of attention into Mario Tennis Aces, which was their major release for the month of June. But, despite their intentions, it just wasn't enough in the eyes of many.

Not because the content was bad per se, the games' mechanics have been praised by many. The new skills, movements, and abilities have brought life back to the dying franchise, the problem is the characters. Some of them are way too powerful, thus making the game unbalanced, and online play painful when everyone plays as the same broken characters. Thus, Nintendo released a patch to try and fix the biggest perpetrator: Bowser Jr.

At first glance, it may not seem like Bowser Jr. would be capable of being the most broken character in the game, but because of how he gets around the court, via his Koopa Clown Car, he actually has quite a bit more reach than all the other characters. This can make it easier for the player to hit back even the trickiest of shots or volleys, virtually making him impossible to beat in the hands of a skilled player. The patch made him slower to move around, as well as lowering the speed of his charge shots. Moreso, his angle of attack when he hits the ball back has been lowered.

These fixes are small, but their impacts can be felt, even if only minorly. Which is actually part of the problem. For though the patch has arrived, many are calling it a truly "small fix", and have stated that a bigger change will be required in order to truly make the character balanced. To those players, Nintendo has promised to nerf Bowser Jr. more before a big Mario Tennis Aces tournament is set to arrive in August.

But, that's not the only problem people have had with the game, another character causing a racket on the tennis court is Waluigi, and the patch did nothing to him outside of basic tweaks that all the characters got. Many are mad that he wasn't touched and hope that future Nintendo patches deal with his unbalance as well.

All in all, this is just a minor first step towards making the game more stable and balanced for all involved. Still, it is a step, and it's proof that Nintendo does listen to their fanbase in these matters. The question now is, will the next patch pick up the slack, and just as important, when will it arrive? Nintendo is banking big on this being an "evergreen" title for the Switch, and as such, they need to make sure people will want to keep playing it, and these patches can help ensure that.