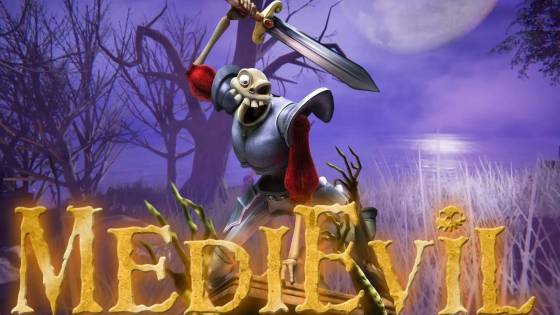 Last week, we wrote about the MediEvil teases being discussed on one of the latest PlayStation Blogcasts. It had been almost a year of silence since we last heard about the planned remake of the PS1 title, and according to Sony, some things were now stirring. Later on, after the release of that podcast, Sony Worldwide Studios Chairman Shawn Layden clarified that the project is a remake, not a remaster. This contradicted earlier statements by him and the initial teaser trailer for it, both of which stated that the game would be a remaster instead. Now that all of the confusion has been cleared up, our first footage of the MediEvil remake is finally here. Dropped on the day of Halloween via the PlayStation Blog (also from Shawn Layden), the trailer is a good minute-and-a-half long and shows quick splices of the gameplay in its remade form.

For those who don't know MediEvil, it was a 1998 PlayStation game that is considered by many to be one of the console's true classics. Developed by now-closed SCE Cambridge, with the help of Layden nonetheless, the game was a spooky-yet-funny romp with addictive hack-n-slash, action/adventure gameplay. The blurb provided by Layden does a good job at describing what the game's story is all about: "MediEvil follows the story of Sir Dan, an unlikely champion who met an unfortunate end on the field of battle. He receives a chance at redemption when his nemesis, the evil sorcerer Lord Zarok, accidentally resurrects him 100 years after that fateful day. Lord Zarok seeks to conquer the Kingdom of Gallowmere, and only the skeletal Sir Dan stands between Zarok's army of the undead and the kingdom he swore to protect." Sir Dan is often considered to be one of Sony's famous mascot characters, albeit lesser-known than his cousins Spyro, Crash Bandicoot and the like.

The new game is a from-the-ground-up styled remake (or from the grave up as the trailer cheekily puts it), in the same avenue as Crash Bandicoot's N'Sane Trilogy or Spyro's Reignited Trilogy. Unlike those games, Sony has teamed up with Other Ocean Interactive to develop the MediEvil remake. They handily provide side-by-side footage of the original PS1 gameplay to the remake in the trailer, and it's looking good. There are some stuttering issues, but the game is still a ways away, so hopefully, the developers have enough time to give it some more polish and shine. The game was originally announced at the Sony PlayStation Experience event last year, 2017, with a vague teaser trailer to back it up. Sony is skipping out on holding a PlayStation Experience event this year, unfortunately. While MediEvil doesn't have a whole trilogy to remake, it did have a sequel, so maybe we'll see that if this does well enough. It also got a PSP remake known as MediEvil Resurrection back in the day, but the game didn't perform well, and the sales backed that fact up.

There's no solid launch date yet for the MediEvil remake, but it does add yet another remade classic to Sony's ever-expanding library. All we do know at this time is that it will be releasing sometime in 2019. You can view the trailer for yourself below here and see what you think of it. The PlayStation Blog, meanwhile, has the full announcement if you'd rather go and read that. Shawn Layden reveals at the end of the post that there will be more information about MediEvil in the next few months, so keep your eyes out on the PlayStation Blog for more on that (hopefully a release date). Halloween may be over now, but the trailer is a good way to get into the spirit no matter what time of the year it is. The announcement also comes shortly after MediEvil's 20th anniversary, so happy 20th to it.