Microsoft Believes There Is No Need For A Minecraft 2 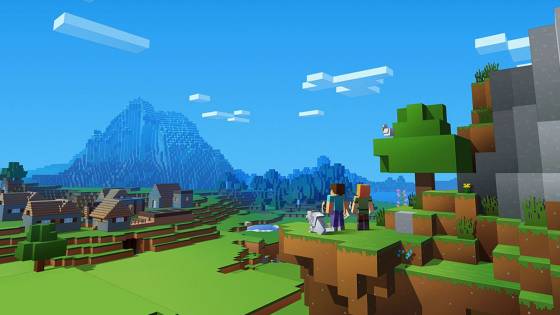 The term 'video game franchise" is usually associated with a series of games that have been so successful that they've gotten more games because of it. Yet, there are some titles in the video game industry that have been incredibly successful and yet never gotten a sequel. This isn't because the company can't make a sequel, but rather, they would feel that it would be a detriment to the video game they made to try and make a sequel. Apparently, this is the line of thought that Microsoft feels when it comes to their massively popular world-building title, Minecraft.

It may not seem it at certain points, but Minecraft is one of the most popular games in the world right now. And I'm not talking just in sales numbers, but how many people actively play the game on a monthly basis. Usually, this kind of loyalty to a game would entice the developer to make a sequel to capitalize on it, but not Microsoft, who owns the team behind Minecraft, Mojang.

Instead, they actually want to do what is best for the Minecraft community, and in their minds, that means keeping the game whole, united, and update it constantly with new content. Such as the recently added "Update Aquatic", which made the waters of Minecraft a much more fun place to explore and use for resources. This update came years after the arrival of the game itself, which goes to show that even after all of those years that there is plenty to improve upon in the main game itself.

That being said, Microsoft has noted in an interview with Business Insider that they're fine with expanding the universe of Minecraft via new games that aren't tied to the main one in various aspects. How so? Well, one planned game is Minecraft: Dungeons, which is more of an adventure title than a resource and building game. So they are expanding the universe but doing so in a way that won't affect those who want to play the main game as well.

"We don’t want to ask [players] to move from ‘Minecraft 1’ to ‘Minecraft 2.’ We want them to just enjoy ‘Minecraft.’ And there are other ways that we can expand that are more meaningful and authentic to what we want to be."

An interesting tactic, yet it is one that makes sense given the popularity of the title. Minecraft since its launch has sold over 150 million units across numerous gaming consoles and gaming handhelds. But what is just as impressive is that Minecraft has a monthly player base between 90-100 million people. That's right, there's only about 40% of people who have the game who aren't playing it monthly, that's an incredible retention rate. And no doubt Microsoft wants to keep those gamers content so that they might continue to spread the word about Minecraft and maybe even buy the expansion games when they release.

This isn't the plan you would expect from a big company like Microsoft, but if it works, it will be clear how right they were.