Microsoft is Planning to Bring Xbox Live Services to Switch, Android and iOS 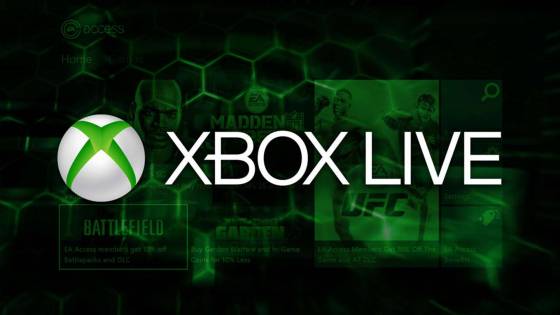 As this console generation has gotten into its later years, Microsoft has been making a major push for connectivity and inclusivity in their games and services. This has been seen in a whole number of different ways: From the adaptive controller, to cross-play support across all platforms, to Xbox Play Anywhere, etc. Now, they’re planning on taking this all one more major step forward. The annual Game Developers Conference is coming up later next month, and Microsoft plans on being there. On their official website, the GDC has a conference schedule planner that previews what sorts of conferences we’re going to see. Xbox is listed there, and it’s quite the bombshell. According to the title and description, Microsoft will be bringing Xbox Live to iOS, Android, and Nintendo Switch. Cross-play was one thing, but this is a whole new level of open sharing!

“Xbox Live is about to get MUCH bigger,” reads the panel description. “Xbox Live is expanding from 400M gaming devices and a reach to over 68M active players to over 2B devices with the release of our new cross-platform XDK. Get a first look at the SDK to enable game developers to connect players between iOS, Android, and Switch in addition to Xbox and any game in the Microsoft Store on Windows PCs.” Supposedly, all of this will allow gamers to access a variety of Xbox Live functionality from these devices; things like friends, achievements, game history, clubs, and more will all be accessible, greatly expanding the service far beyond its already wide scope. This also means you’ll be able to do this on non Xbox-related games, which Minecraft on Switch has held the status of.

It should come as no surprise, then, that Nintendo Switch is included specifically in this announcement. Microsoft and Nintendo have had a growing and deepening relationship for a long while now. A big part of their marketing push behind Minecraft on Switch was the cross-play functionality, and a good number of titles have also gained the feature between the two since. Since Sony has only just recently started to warm up to the idea of cross-play with the introduction of their beta program, they weren’t included in this information. That isn’t to say they won’t be someday though. It would be cool to see a future where we can access Xbox Live, Switch Online, and PSN services across all consoles. Further details behind this integration aren’t known at this time.

We won’t have long to wait though. GDC is taking place between the 18th-22nd of March. Microsoft will have more to share then when the actual conference is held, so expect a lot more information on this at that time. “This [session] will break down barriers for developers that want their communities to mingle more freely across platforms,” the description concludes. “Combined with PlayFab gaming services, this means less work for game developers and more time to focus on making games fun.” This will come as wonderful news for Xbox, Switch, and mobile gamers alike, and it’ll be interesting to see how it shapes the industry going forward into the next generation of consoles too. Check out the GDC schedule page for all of the finer details on the event.