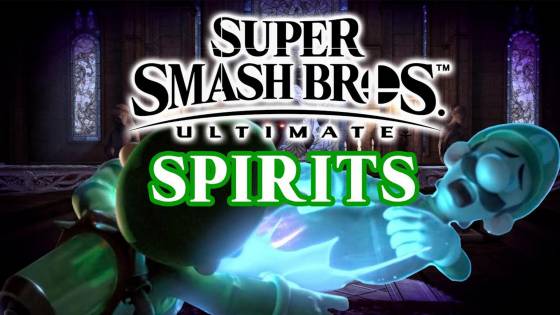 Without a doubt, Super Smash Bros Ultimate is one of the most important releases this year. Not just for Nintendo, but for the gaming industry as a whole. And this is saying something because there have been many major fighting game releases, and some of them were crossovers, like Blazblue Cross Tag Battle. Some of them were also highly anticipated like Dragon Ball FighterZ. But, when it comes to the Smash Bros franchise, nothing can truly compare, and Ultimate is going to turn everything up to 11 when it releases, and part of the reason for it is the single-player modes.

While true that Smash Bros isn't exactly known for having single player content outside of "standard" modes, with Super Smash Bros Ultimate, they're giving players not one but two different avenues for them to partake in and get strong. One is the World of Light Adventure Mode, and the other is Spirits Mode.

Spirits is arguably one of the most intriguing modes the franchise has ever seen. To put it simply, the universe of Super Smash Bros apparently is part of a larger gaming universe, and one day, an event (which is the basis of World of Light) caused all but the strongest of characters (meaning the Ultimate roster) to lose their bodies, and thus, they live on as Spirits. These Spirits can be collected via the mode as you complete certain challenges put against you. Then, after collecting them, you can channel their power and boost your characters abilities.

Nintendo talked about them a lot during a massive press conference they held for the game:

"What is a spirit? A spirit is an item that augments your character's abilities for the parameters of the match," they explained. "Spirits can equip you with weapons to start the match. Spirits can increase gravity by 20% for the match to open the door for different combinations that weren't available before."

With so many combinations, you could truly make your character as powerful as you want, or as tailored to your playstyle as you want, it's up to you. All you have to do is collect them. And because Spirits don't technically have to be connected to Smash Bros characters, you'll find beings like Revolver Ocelot, Sigma, and so many more characters from Nintendo and beyond.

What's more, you can actually use Spirits in your multiplayer matches. Which is a big game changer when you consider the intensity and power that multiplayer matches already have. Nintendo truly feels that Spirits will change everything.

Nintendo also wasn't afraid to state just how big and expansive Super Smash Bros Ultimate was going to be in terms of size and crossover potential. With numerous 3rd party characters bringing in their own stages and music and items, there's a lot to see here. During the press conference, they reminded people that there are over 100 stages in the game, and when you add in the variants to each, that makes it 300.  Add that to dozens of items, Assist Trophies, Poke Balls, and the 80 characters in the roster, and this Smash Bros game is truly Ultimate.