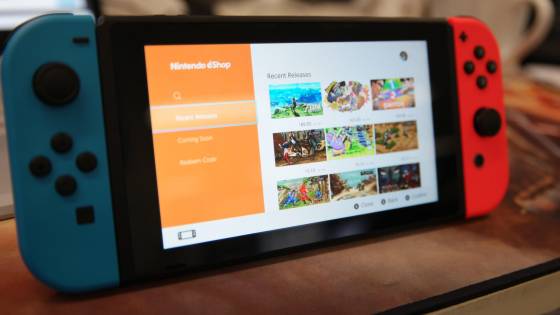 There are many points in the year where game developers and publishers try and get the most sales out of their games and systems. But none of them compare to the period of time between the day after, and the Monday after, Thanksgiving. For from Black Friday to Cyber Monday, and sometimes on Thanksgiving itself, the sales and deals are so good, that you can't help but go buy something for yourself. And for those who have wanted Nintendo items, this past five-day period was not only good, it was record-breaking, and Nintendo knows it. And they're happy to share news about it.

Just in general, sales of Nintendo Switch titles have improved greatly. In the UK, sales of titles like Breath of the Wild, Super Mario Odyssey, and Mario Kart 8 Deluxe skyrocketed from where they were the week before to where they were during the Black Friday-Cyber Monday period. In fact, the games had such a big jump, that some of them went over 100% in their increases, and that was just in one region.

As for the Nintendo Switch itself, it broke many records from Black Friday-Cyber Monday. Not the least of which is that it was the best-selling Nintendo console in history during that period, even beating out the very popular console, the Nintendo Wii. Just in the US, it was the best selling week for the Nintendo Switch ever, which is saying something given some of the weeks it's had. Stats show that it was the best-selling "video game product" of Black Friday-Cyber Monday, and sales of Nintendo Products as a whole during the weekend and Monday accumulated to a whopping $250 million dollars.

While we don't know how many systems sold during the period, we do know at least that in the United States, 8.2 million Nintendo Switch units have been sold. Which is just over 1/4 of the systems in the world based on the last quarter's estimates of under 23 million sold worldwide. Based on the stats from the various sources, it's very likely that the Nintendo Switch has passed 25 million worldwide, but we'll have to wait on official confirmation for that.

In the meantime, the Nintendo Switch isn't going to stop rolling, for not only has Pokemon Let's Go sold over 3 million (and now much more) in its first week, but the next big game for the system is right around the corner in the form of Super Smash Bros Ultimate, which arrives on December 7th.