Nintendo Switch Getting a Comic Reading App Later This Year 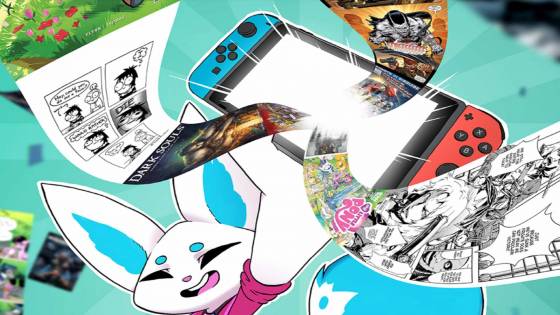 The Nintendo Switch has a massive amount of games on it already, proving to be a popular choice for developers everywhere, big and small. Despite this, the console is relatively light on apps, something PS4 and Xbox One have in excess. The only apps currently available on Nintendo Switch are Hulu and the Japan-exclusive Niconico video app. That's all set to change this holiday season, as Nintendo Switch will finally be receiving another app in the form of InkyPen. InkyPen is a comic book subscription service, and once you're signed up, you'll be able to read from a variety of comic books, manga, and graphic novels all from the comfort of your Nintendo Switch, whether at home or out and about.

The full catalog of available comics to read on InkyPen hasn't been revealed at this time, but we do know some of the publishers we'll see: Groups like Valiant, Dynamite Entertainment, IDW, and Andrews McMeel. As comic book fans will probably notice, these groups aren't big heavy hitters in the comic industry compared to the likes of DC and Marvel. This likely means that InkyPen will be more of an indie-focused comic book app, and the same goes for its selection of manga and graphic novels. We'll just have to wait and see on that though. The company promises that the app will feature thousands of comics available right at launch, with more added over time.

You'll be able to enjoy the comics both in handheld mode and in TV mode, using the controls to turn pages and zoom in on specific panels. In this way, reading progression can be done more dynamically, keeping other panels hidden before panning out to reveal as you read further. In handheld mode, you can utilize the Switch's touch screen to do this as well, if you prefer. Being able to read comics on the go will add to the Switch's already impressive versatility. As mentioned, InkyPen is subscription based, so you won't be able to use it free of charge. The fee to be a subscriber is $7.99 a month, and you'll have the entire catalog of comics available to read for that. That fee isn't too different from Hulu's ad-included subscription fee, but keep this all in mind since Nintendo's paid online functionality is on the horizon.

InkyPen is set for a release window of November 2018, putting it just before or right at the start of the holiday season. Once the date hits, you'll be able to find it and download it from the Switch's eShop. They'll be launching with English at first, but other languages will later be supported on the app. The company also confirmed that they will be bringing the app to other platforms in the future, but didn't specify beyond that. A subscription to InkyPen will, therefore, get you access to the app on any other platforms it gets put out on. Head over to InkyPen's website to view that info and more, or sign up for their newsletter if you want to keep up to date on it. Below is the announcement trailer for the app on Switch. It shows the UI and comic reading in action, so make sure to give it a watch and get a feel for it if you're unsure. Hopefully, this means we'll see even more apps on the Switch in the near future!