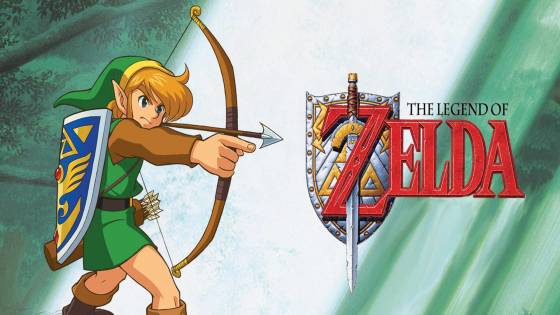 Nintendo has been working very hard recently to ensure that players not only like, but are fully experiencing everything that Nintendo Switch Online has to offer. In case this is not obvious, Nintendo Switch Online is the full-on online service for the newest Nintendo console, the Switch. This is actually their first dedicated online service since they started bringing online to their systems in the Wii/DS eras. While it's been met with some criticism, overall it seems to be quite a hit. As over a quarter of all Nintendo Switch owners have it, which at present means over 5 million people.

One of the big allures of the service is the ability to play classic NES titles. It's a bit like the Virtual Console that was popular on both the Wii and Wii U but in a more focused sense. Only NES titles are on the Switch Online service, but more titles are coming. For example, this month, Open Tournament Golf, Solomon’s Key, and Super Dodge Ball will arrive. While in November, Metroid, Mighty Bomb Jack, and TwinBee will come, and in December, Metroid, Mighty Bomb Jack, and TwinBee will cap off NES in 2018. However, for those enjoying the original Legend of Zelda on Nintendo Switch online, we have some good news for you, it's been upgraded for free.

This "souped up" version of the game is called The Legend of Zelda - Living the Life Of Luxury. An odd title to be sure, but it does hold a special and obvious meaning. Mainly, this version of the game gives you a bunch of things at the start, not the least of which a bunch of Rupees for you to spend and get items and other things. But that's not all, this version also gives you the White Sword, Magical Shield, Blue Ring, and the Power Bracelet, all at the very beginning of the game.

What's the point of this you ask? Well, it's meant to give players an easier go of the game without having to try and rummage the world for Rupees or trying to get all the items in the right way before having to face Ganon. The Legend of Zelda is known for being rather difficult at times, even back in the original games. So, by doing this, they're giving players a chance to beat the game without all the frustrations that the title can offer.

But don't think that this is just an "easy mode", for if you are able to beat the Life of Luxury version, you'll actually unlock a harder version of it called the "Second Quest". And you'll find that one a bit tougher for you.

This upgrade actually raises some interesting questions about the future of Nintendo Switch online. Mainly, will other games get this improvement? Certain games like Metroid, which again is coming out soon to Nintendo Switch Online, could definitely get such an improvement. And others could have some "life of luxury" modes as well. We'll just have to wait and see what Nintendo has planned.