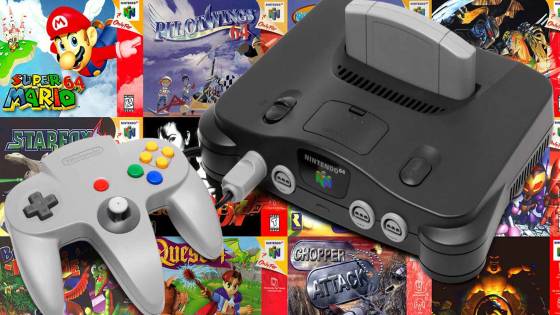 Before the launch of the Nintendo Switch, Nintendo was in a bad way in the console world. Their then current console, the Wii U, was failing pretty badly in all aspects. Console sales were low, and while there were games that sold well, they were the exception and not the rule. To somewhat combat this, and prove that Nintendo still had what it took to make things work, they revealed a retro console in the form of the NES Classic. This portable all-in-one console would bundle a couple dozen of the best games from the original system and make it so players could play them all without the need to swap out cartridges.

It would make sense given that the N64 was one of the Nintendo's most famous consoles, and was the console that had many of the greatest games of all time on it. But, according to Reggie Fils-Aime of Nintendo of America, this isn't going to happen. Or at the very least, Nintendo isn't planning on doing this right now.

This came in an interview with Kotaku where he noted: “I would not ever rule something out,” he said, “but what I can tell you is certainly that’s not in our planning horizon.”

This seems like a pretty definitive "no". But, the question is, why not? Why not make the N64 Classic Edition when the first two classics did so well? According to Reggie, it's because of timing and intent. As noted, The Wii U was doing terribly when the NES Classic was planned and released. It was done to help Nintendo bounce back, or so Reggie says. Thus, when it and the SNES Classic were planned, they felt that they would only be "limited time opportunities". Ways to capitalize on nostalgia for the Nintendo brand while building up what was to come next. Not with the N64 Classic, but rather, the Nintendo Switch.

That may be the biggest reason that the N64 Classic Edition doesn't happen, for you see, with the Switch doing infinitely better than the Wii U, and already surpassing what the Gamecube did in terms of sales, Nintendo wants to focus on that. This goes double for the software, which is selling like hotcakes, especially for the exclusive titles both 1st and 3rd parties.

Finally, with Nintendo Switch Online, Nintendo could actually just put N64 games on the service, instead of having to make another console. Either way, you look at it, Nintendo doesn't seem to want to make the N64 Classic Edition.