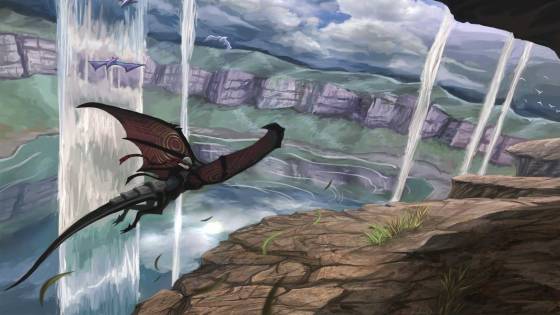 Panzer Dragoon. That series name will either ring some bells to you, or not sound familiar whatsoever. This is primarily due to how hard it is to get a hold of the earlier games in the series. The first two Panzer Dragoon games didn't make it far past their Sega Saturn platforms back in 1995 and 1996. Both were famously-known rail shooters with addictive gameplay of that type, all whilst riding on the back of a cool looking dragon. It's good news, then, that graces us this fine morning. In a post on the website of game publisher Forever Entertainment, the company announced that they're teaming up with Sega to co-create remakes for both Panzer Dragoon and Panzer Dragoon II Zwei. Thankfully, these Sega classics will remain living for a while longer.

The terminology here is important, as is always the case with remakes and remasters. Forever Entertainment describes the projects as remakes (with the word even being slapped in the titles of both). Forever calls it a 'refreshed' version of the games. "The new version of the game will be characterized by completely new graphics compatible with today's standards and several modifications of the game," the post reads. "Making it more attractive to modern players, while remaining faithful to the original in terms of story." Just recently, Xbox One got to enjoy some Panzer Dragoon fun with Panzer Dragoon Orta, which became backwards compatible with the console. It's likely they, as well as most modern platforms, will be receiving these remakes. However, Forever Entertainment didn't specify on that front just yet.

In any case, it sounds like these versions of the games will be full-on remakes, rather than performance-boosting remasters. Despite Sega being mentioned as the co-partner, it sounds like that's in publishing only. Website Polygon reached out to Sega for clarification, only for the company to refer them back to Forever, stating that they weren't involved. This likely means that there's an actual third group involved, handling the brunt of the development process while Forever Entertainment and Sega focus on shipping and publishing. If so, that group hasn't been revealed yet either. Either way, it's a great time for Sega fans. Recent releases both in the retro-console and games spaces have brought multiple Sega originals back to the front line, which is wonderful for the preservation of history.

As with most announcements these days, release date details were kept tight-lipped this time around. According to Forever Entertainment: "The premiere of the first part is planned before the end of 2019!" This adds Panzer Dragoon: Remake to an already crowded year, something I'm sure is more of a blessing than a curse (but maybe not to our wallets). This also means that Panzer Dragon II Zwei: Remake may not see store shelves until sometime in 2020, which is strangely only a little over a year away. Hopefully, Forever Entertainment will have more news on the projects soon, especially for what platforms we can expect them on. For the full announcement, fly over to their website and take a gander. We'll see Panzer Dragoon: Remake before we know it!