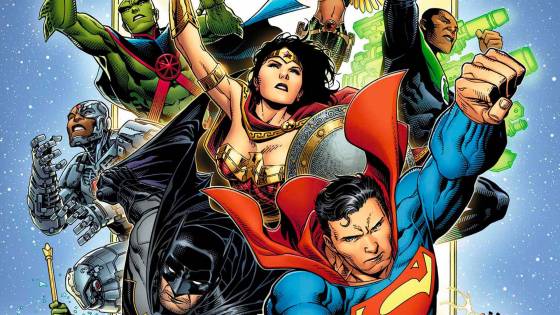 After the success of Marvel’s Spider-Man which just released just about a month ago for the PlayStation 4, Insomniac Games proved that superhero games are here to stay and have the potential to be successful without being Batman. However, the developer did take a lot of cues from the Batman Arkham games which have been considered by critics and audiences alike to be the finest superhero games ever created - especially in the modern day. Rocksteady Studios, the developer behind the Batman Arkham series, has been absent after their last major release which was Batman: Arkham Knight - the grand finale to their trilogy. The game opened to great reviews (though the PC version did have many issues) and was a fitting end to a great game series. Though when it was over, fans asked what was to come next of the caped crusader and if rumors are true, we may have just found our answer.

Earlier this week, there was a “leaked” Harry Potter RPG gameplay video that started to surface the internet before being deleted and many assumed that Rocksteady was the developer. I mean it does make sense since Warner Bros. Games owns both the IP’s - that being Harry Potter and Batman. However, the assumptions were shut down quickly but soon after followed by an insider from Rocksteady Studios supposedly leaking new information about their true next title! Back during E3 earlier this year, Co-Founder of Rocksteady, Sefton Hill, did confirm that they were working on a new title this year and that they would discuss it whenever they were finally able to. That said, fans have been waiting for this announcement and it has even been rumored that Rocksteady has been working on a Superman game for years.

The rumor first started off on a thread on 4chan before heading over to Reddit on r/PS4. The Rocksteady website actually shows new job listings that also might confirm what is being suspected as well, including jobs for the animation department, dialogue department, character department, and even more. The original post on 4chan has now been archived but going off Reddit, there seems to be some major key details being rumored - one of them being that the title of the next game will be Justice League: Crisis (or a variation of it such as Justice League: New Crisis or Justice League: Infinite Crisis). The rumored consoles for release are the next generation, including the PlayStation 5, Xbox Scarlett, and for PC. It seems odd to think about games being released for the next generation of consoles when this generation is not even through yet. Also if this is true, this would mean that Rocksteady would have only made one game this console generation and though that is not so rare or impossible, it seems somewhat unlikely.

The game is also rumored to have Single-Player as well as Co-Op so you would be able to choose from a variety of different characters that include Superman, Batman, Wonder Woman, The Flash, Green Lantern, Cyborg, and Aquaman. It is also said to contain more than one city - going from Metropolis, Gotham, Keystone, and even more with DLC. It is worth to note that each city is apparently the size of Gotham from Arkham Knight or even bigger. The main villain is said to be Starro and though this seems like an odd and unlikely choice, there is actually an easter egg of him in the Batgirl DLC for Arkham Knight. You can view this below.

Whether this is just a normal easter egg or foreshadowing for the future, we will have to wait and find out though it does add somewhat more traction to this rumor. All of this sounds like a great video game and I would love to play as the Justice League in a video game DC Universe. But as good as it sounds, we must only take all this information with a grain of salt because rumors always come and go. But hey, we can hope - right? Check out the full Reddit thread on the PS4 Reddit.