RAZED Will Be Heading Over To Linux This September 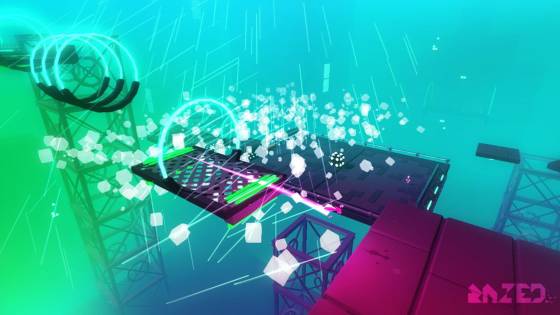 Speedrunning has become a fairly notable part of gaming culture over the past five years, but there aren't many games built around it. RAZED sets out to pay homage to the community by giving them a game they can sink their teeth into. It has you go through neon-soaked levels as quickly as possible. Doing so may seem easy, but you will need to avoid many obstacles and find shortcuts in order to excel. You may do well enough to survive with pure platforming skills, but getting to the top of the online leaderboards will require you to make use of perfectly-timed drifts around corners, make large jumps, and stomp down on an area to change the terrain.

The stages themselves appear to be part of a larger overall world with a bit of cause and effect thrown into the puzzles. Using a wide array of powers will allow you to succeed, but success can only come to those who dart forward as the powers cost momentum and in order to get that, you have to keep moving. It is often said that there's no rest for the wicked, but in RAZED, there's no rest for anyone.

RAZED features 60 levels spread across six worlds, each having their own unique visual flair and a boss battle. Beating the world also nets you a new power - so much like a Metroidvania, the further you progress, the more powerful you will be. Stages are made to be explored in different ways and have a variety of paths baked into them to allow you to achieve the elusive S ranks and garner unbelievable times online. It's classified as a racing game for good reason because while you don't have on-screen rivals, you are fighting the clock and your own skills. Failure to improve those may allow you to beat a stage in time – but won't allow you to top the leaderboards.

RAZED gives you a beginning and an end point - but it's up to the player to fill in the gaps. You can do so while just wanting to complete the stage or you can aim to be the best in the world. Excelling enables you to find things like secret level exits and unlock new stages that offer the game's toughest maps. RAZED is being created to maximize fun and minimize frustration. It has an easy restart system and takes away loading times, while also featuring very forgiving system requirements across all operating systems.

RAZED will be released on September 14 on Linus, PC, and MacOS and will feature full controller support. This is wonderful news as it means that many more people will be open to play it who otherwise wouldn't, and with games like this, having full controller support is very helpful. While character movement can be handled reasonably well with a keyboard and mouse setup for something like an FPS, in a game like this that requires highly-precise movements, it's probably best to use a controller to ensure that you're always moving exactly where you want to when you want to. You can find Razed on Steam. Stay tuned for any updates!