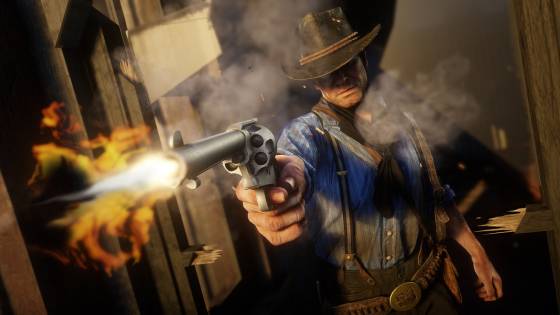 Red Dead Redemption 2 has finally released after 8 years of waiting, and fans can't wait to get their hands on things. The world is going to be bigger, the characters are going to be deeper and more numerous, and there are more things to do than most video games can actually dream about. But, before you start the game, Rockstar Games has something for you to do. No, it's not read a guide about how to play the game, rather, it's downloading the Day One Patch for the title so that you can truly play the game at full capacity.

Yes, that's right, Red Dead Redemption 2 is another in the long line of video games that has a Day One Patch. They explained the reason for this patch in a post on their website."To ensure the best possible gameplay experience, we strongly recommend making sure you’ve downloaded this update before launching the game."

This Day One Patch addresses many of the issues that the team found in the days since the game went Gold, as in, when it was approved to go to stores. This technique is used by many game developers, as they use the extra weeks after going Gold to find extra issues without having to push back the release date. It's a bit of a bummer to players, but for a better flowing game, it's a small price to pay, especially since the patches are always free.

Alongside the Day One Patch, Red Dead Redemption 2 is set to get a Companion App that will help players enjoy the title even more. It has launched alongside the game and will be available on Android and iOS platforms.

In a clever twist, the app actually connects in real time to your game, and you can use it with the main game to help you in various places and positions. For example, you can use the companion app to check out the map in better detail, and even set up waymarkers that will show up on your map in the main game.

Not only that, you'll be able to look at the app instead of the TV screen to find all the stats and figures that define your character. Even reading chapters and journal entries at your leisure. The point of this is to allow the player to enjoy the screen without the HUD (Heads-Up Display) should they desire.

Rockstar Games truly went all out when it comes to Red Dead Redemption 2. Just the world map alone is twice that of the original game, and when it comes to the gameplay and quests, the team worked extra hard to make sure that everything felt real, true, and fun. They know that gamers have been waiting a long time for this title, and they didn't want to screw it up.

Based on early reviews, the game is as good as hoped, already getting perfect scores from many websites. How well it does sales wise is still up for debate. To see the reason for the update, you can check out the notes on Rockstars' website.