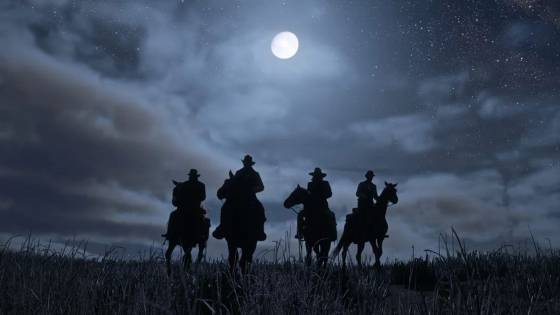 Red Dead Redemption 2 has finally released, and in the month since its release, it's garnered praise from just about everyone who has played it, both in terms of critics for sites and gamers who have been waiting years for the title. The game has already sold over 17 million copies, and that's going to continue long into the holiday season. But for those who have somehow gotten all the content of the main game done, there is more to be played in the form of Red Dead Online, which has just launched in beta today.

Granted, the beta is somewhat limited, but that will likely change in the future as more and more work is done to improve and finesse the online mode. But for now, it's out, and with it comes leaks about what's all in the game, and apparently, Rockstar Games has included a Battle Royale mode in the title called "Make It Count".

It shouldn't be too surprising that this online mode has a Battle Royale game, after all, between H1Z1, PUBG, and Fortnite, Battle Royale titles are all but taking over the video gaming world. Plus, with Red Dead Redemption 2 being a shooter, it makes sense to include a Western version of the playstyle here.

Now, to their credit, Rockstar Games is making some changes to the formula and is ensuring that their Battle Royale is most definitely different than the others. According to accounts, "Make It Count" will only feature up to 32 players in one game, which is a massive downsize from the 100 that Fortnite and PUBG usually have in their own titles.

Second, part of the reason the mode is called "Make It Count" is because all players will have limited guns and ammo they can use. This is a big difference from Fortnite and PUBG where most of their main modes have guns and weapons lying around the place and all you have to do is find them.

It'll be interesting to see all that comes of this mode, and how players at large respond to it. But, that's not the only game within Red Dead Online, there are actually four more game modes that you can participate in.

There's "Shootout", where players will be put into a free-for-all with unlimited lives, and whoever has the most kills in the time allowed wins. There's also a team version of this mode that you can try.

"Most Wanted" has players fighting to be the top of the scoreboard, and the strategy here comes in killing players that are higher ranking than you, thus getting you more points.

"Hostile Territory" has you trying to maintain control of plots of land, and through that, getting points. The team with the most points wins, or, if you capture all the land, you win.

"Name Your Weapon" is the last one and is a free-for-all in solo or team format to see who can get the most kills. But, if you use different weapons, you'll get more points.

No release date for Red Dead Online has been given yet. Red Dead Redemption 2 can be played on Xbox One and PS4. Stay tuned for any updates.