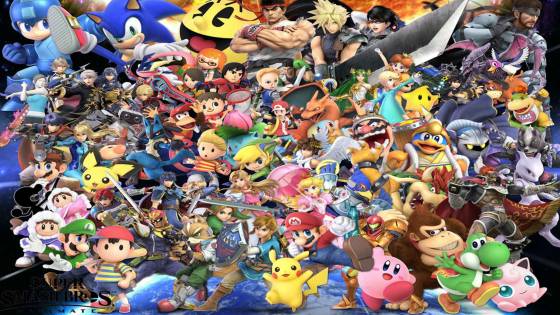 As we now approach the middle of November, a very powerful thing is coming to the Nintendo Switch. That powerful thing is Super Smash Bros Ultimate. The game that every Nintendo fanboy and fangirl has been thinking about since the arrival of the Switch, the game that has been teased, Directed, and so much more. Now, it's less than a month away. On the surface, it seems like it's the perfect way to cap off the Nintendo Switch in 2018. As it would be the definitive exclamation point on what has been a solid enough year for the most part. But one Nintendo representative isn't so sure about that.

Surprisingly enough, that representative is none other than Reggie Fils-Aime, the President of Nintendo of America. For in an interview with Kotaku, he made the following statement:

This is a very interesting statement from Fils-Aime for many reasons. First and foremost, in 2017, Nintendo had another big launch for their Nintendo Switch in the form of Xenoblade Chronicles 2. This was actually the 3rd entry in the series, and it was promoted ever since January of that year during the Switch reveal event. Like Smash Bros, it had been hyped a lot during the Nintendo Directs, and because of this, it sold over 1 million units in less than a month. Granted, sales somewhat stalled after that point, and it's only over 1.5 million units now. But still, that was a big seller despite the early December release.

In contrast, Super Smash Bros is arguably Nintendo's biggest franchise outside of Mario. And this was a game that everyone knew was coming in some form or another. Add to that, the game is bringing every single Smash Bros character ever into the title, and adding new characters like Ridley, Inkling, King K. Rool, and more. As if that wasn't enough, the Nintendo Directs have been building up the games' hype to a fever pitch, so there is no doubt in anyone's mind that the game will sell well, the only question is, "How well?"

Given that the Nintendo Switch user base is pretty much over 23 million units, many are expecting initial sales to be around 5 million, if not more depending on who can buy it. While it may be true that the game will be "hampered" a bit by the holiday season, given that gamers have been waiting for this since May, the opposite is also true. They could have planned for this game to come for some time, and have their money ready, or have their parents or family members get it for them as a Christmas present. Or as an early Christmas gift.

While it's understandable that Nintendo would be a little hesitant with Super Smash Bros. Ultimate's arrival, they should not fear the results, they will no doubt speak for themselves.