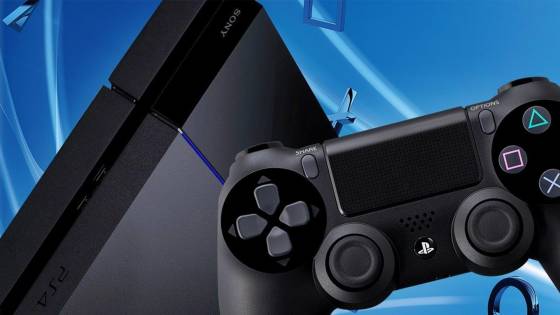 It started out with some posts on the r/PS4 Reddit group. Various users began claiming that they were receiving messages on the console that, when opened, were completely bricking the hardware. Further reports of this quickly followed, and at this point, there are too many to simply ignore. Some of the stories claimed that the message would break the console as soon as the notification for it was received, while others had it to where you have to open up the message first for it to occur. Whatever the case may be, all PlayStation 4 owners out there should be cautious for the time being until more is known about why this is happening.

A lot of people have compared this issue to similar ones from back in 2015 that were plaguing the iPhone at the time. It's uncertain where the problem is originating from, but many of the users reported that the messages received would say nothing more than a question mark. If you see a similar message on your PS4, make sure to steer clear of it. Most of the reports also suggested that once the problem took hold of their consoles, their controller and sound outputs would all simply stop working. Attempting to reset the PS4 from that point would cause repeated error loops. In order to get the console working again, many had to perform a Factory Reset. In most cases, this seems to have worked. However, it should be saved as a last resort option for if the malicious message does its work.

If it doesn't, or better yet, if you haven't received any, there are multiple steps you can take to make sure this doesn't happen. The key to that lies in the PlayStation's messaging privacy settings, which you can find under Account Management when accessing the settings menu on the PS4. Simply head there, go to privacy settings, and set your message privacy to either "Friends Only" or "No One". For the former, you'll only be able to receive messages from friends on your PSN friends list. With the latter, you won't receive any from anyone. You can pick whichever makes you feel safer, but both should get the job done until the problem seems to have cleared up. Some of the Reddit posters also mentioned another way to fix the issue, suggesting you should head to the PlayStation mobile app or log into PSN on an Internet browser. This can allow you to delete the message safely if you happened to receive one.

If you haven't downloaded the PlayStation mobile app just yet, then this might be a good reason to do so. That way, if you do receive one of these messages, you'll get notified on your phone immediately. Strangely, Sony hasn't issued a comment on this problem just yet, but are hopefully working on a way to fix it with all the software updates on the way. Multiple sources have reached out to them, so for now, keep your head down low and keep an eye on the news. Make sure to set those privacy settings on your PS4 accordingly in the meantime, otherwise, your console might be at risk. If you want to read more about the reports themselves and have a place to keep up with the story as it updates, head over to the Reddit thread that started it for all the info. It'll likely be there that you hear from first when the issue finally gets resolved. With this PSA concluded, happy gaming, everyone!