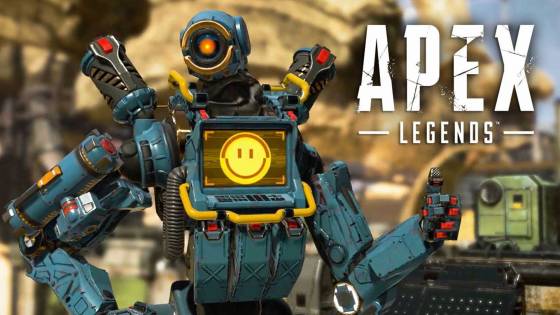 It was quite the crazy weekend this past week for the developers over at Respawn Entertainment, the creators of the Titanfall series of first-person shooter games. Rumors were swirling around the internet every which way that Respawn was working on a brand new battle royale title of some sort, and that it would be revealed soon. These leaks and rumors turned out to be completely correct in this instance. Respawn’s new game goes by the name of Apex Legends. It’s a free-to-play battle royale hero shooter, and they made it live and available to play the day it got announced. What may be more surprising is that it’s also the next addition to Titanfall’s universe, a fact that gives many bittersweet feelings.

But first, let’s take a look at Apex Legends itself. Many have likened it to other games in similar genres, such as Overwatch with their unique, colorful heroes, or Call of Duty: Black Ops 4’s Blackout battle royale mode. In fact, it’s kind of a blend of both. Players are placed into a squad of three, including themselves, and must win matches fought against nineteen other similar trios of players, marking total player counts at 57 per match. Once you start up, you’ll be asked to pick from a selection of eight different “legends”. Think of these quirky characters like Overwatch’s heroes; each of the legends have their own backgrounds, personalities, strengths, and weaknesses. Some have more passive abilities, while others are more direct. You’ll want to play around with each one to figure out who suits your playstyle best. The last squad standing wins. Keep in mind, however, that Titanfall’s staples of giant mechs and parkour are nowhere to be seen here. Respawn said that while they tried to keep these in at first, it messed with the game balance too much. Understandable.

As mentioned, Apex Legends indeed takes place in the Titanfall universe. It’s not quite the Titanfall 3 fans were hoping for though. According to Respawn, the game takes place around 30 years following the events of Titanfall 2. While Apex Legends doesn’t have much of a focus on its story, the legends are fighting in a brutal sport in a location known as the Outlands. But that’s the thing: What happened to Titanfall 3? It’s been reported in the past from sources within Respawn that a third installment was in development, but the studio has now confirmed that this is no longer the case. In a discussion with outlet Eurogamer, Apex Legends lead producer Drew McCoy burst the bubble. “There are some people who think there are too many battle royale games or it’s a fad, the world thinks we’re making Titanfall 3 and we’re not - this is what we’re making,” he states, explaining how some may be slow to warm up to this new game. “We’re doing a free-to-play game, with essentially loot boxes, after we were bought by EA, and it’s not Titanfall 3. It’s the perfect recipe for a marketing plan to go awry, so why have that - let’s just ship the game and let players play.”

And indeed, Apex Legends didn’t receive any marketing or attention beforehand for that exact reason; it was a surprise release and announcement. While this may lead to Titanfall fans giving it the cold shoulder, the initial impressions are looking positive for it. Definitely not the direction people thought it would go in though, especially considering Titanfall 2’s universally-praised single player campaign. Respawn is also currently working on a tight-lipped Star Wars project known as Star Wars Jedi: Fallen Order. That was announced at E3 2018 with 0 footage, and it looks as if Respawn is keeping it that way for now. If you want to try out Apex Legends for yourself, it’s completely free and available on PlayStation 4, Xbox One, and Windows PC. Due to its nature as a battle royale game, you’ll need a stable enough connection to play. You can check out its launch trailer down below for more.