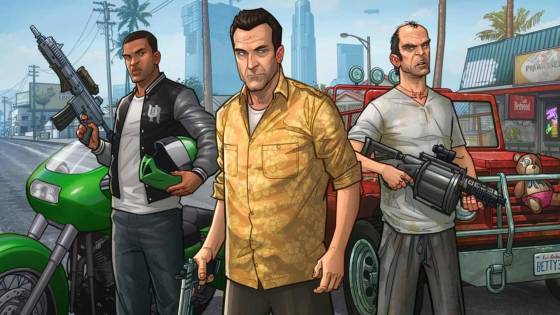 There are many video games in the world today. Some of them are good, some of them are bad. Some of them are considered "Masterpieces", and some really shouldn't have been brought out of development. Amidst those titles are ones that fall under another label, "Controversial". Granted, there are many different levels of controversy, such as with Battlefront 2 with its Loot Boxes and "Pay-2-Win" gameplay style. But when it comes to offensive in terms of content, nothing trumps Grand Theft Auto. Which is ironic, because Rockstar Games is actually rather grateful that the next title in the franchise, GTA VI, isn't out right now.

This comes from Rockstar Games co-founder Dan Houser, who was doing a massive interview with GQ about the studio's upcoming title Red Dead Redemption 2. Which is already getting rave reviews and is expected to be a very big seller for the company. But when it comes to GTA VI, the climate in Houser's eyes just isn't right.

For despite all the controversy, House notes that Grand Theft Auto has always been about putting a twist on life. Sure, that twist usually involves crime and extreme violence, but it also has to do with how people view life. Such as with Grand Theft Auto, where the main protagonist is a former gangster hoping to find a new life in America, only to find out that he has to go back to being a gangster. Or in GTA V, where three very different protagonists with three very different lives find themselves trying to make due while doing various crimes.

But, with the state of the world right now, Houser just doesn't think it could work: “It’s really unclear what we would even do with it, let alone how upset people would get with whatever we did,”

This may seem like an odd thing to be worried about because Grand Theft Auto has been a title that hasn't feared controversy ever. From its infamous gameplay to violence and shootings, and more, the game has gotten a very bad reputation, and Rockstar Games has reaped the rewards of that. GTA V is one of the best-selling games of all time, reaching almost 100 million in sales despite it having released years ago. And it's consistently in the Top 10 of nearly every months NPD results.

What might really be the defining factor for GTA VI isn't out, or even officially announced, is that the world is wrecked with such violence that it would actually be rather insensitive to release a game like this right now. For example, Grand Theft Auto in the past has been accused of influencing kids to commit gun violence, and 2018 has been littered with school shootings. There's also plenty of hate crimes and news stories about racism, so trying to show that in a "satirical" format would be incredibly bad taste. And in today's economic culture, having bad press like that could hurt sales.

There's no doubt that GTA VI will come eventually, it just likely won't be for a little while longer.