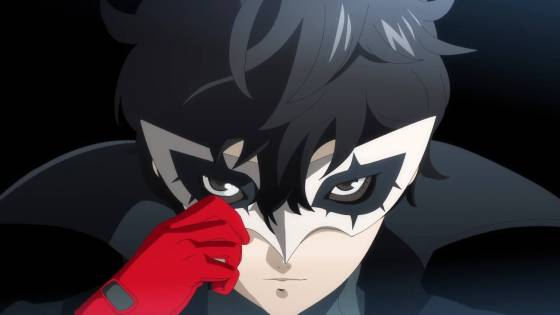 Super Smash Bros Ultimate has finally released worldwide, ending the countdown that started many months ago, and finally allowing players to embrace everything that the game and its roster has to offer. However, the game itself is not fully complete, for you see, the game is still missing six characters. The first of which is Piranha Plant from the Mario franchise. Which is coming as a pre-order bonus of sorts to those who get the game and register it (or just get the digital version) before January 31st. Then, there's the DLC Fighter Pack, which will bring five new characters into the fold.

Many have wondered who Nintendo selected for this, as the fans and players won't have a say this go around (last time they did, and they voted in Bayonetta). At The Game Awards, Nintendo revealed the first character of the DLC, and it was a shocker to say the least. For Joker of Persona 5 is entering the fray. The reveal was done in the anime style of the game, with the Phantom Thieves Of The Heart narrating as their leader went around the screen, and eventually grabbed an invitation with the Smash Bros logo on it. Even the characters noted their surprise that they had been "invited" to the game.

If you are unfamiliar with the Persona series, it's an RPG game that has characters using embodiments of spirits to do battles for them. They're called "Personas" and each persons Persona is very different from all the rest. In the trailer, they made sure to emphasize that the Persona was not only coming, but it was ready for a battle.

There are many reasons why having Joker in Smash Bros Ultimate is a surprise. First and foremost, Persona 5 is not on the Nintendo Switch, it is (at this time) a PS4 exclusive. However, many are wondering if that's going to change, for every single 3rd party character that has been put into the game so far has ties to a Nintendo title in the past. Even Cloud Strife and Solid Snake have been on Nintendo systems in some form or another. And while the Persona franchise HAS been on Nintendo before via the 3DS, that doesn't apply to Persona 5...yet.

No doubt this is going to fuel a lot of speculation, for if anyone is possible, then the sky is virtually the limit in terms of who can show up in Super Smash Bros Ultimate. And it's also going to cast doubt on whether 1st party characters will be showing up at all in the DLC. At this time, there has been no release window for Joker's arrival.