Sony Provides an Explanation Behind Their E3 2019 Absence 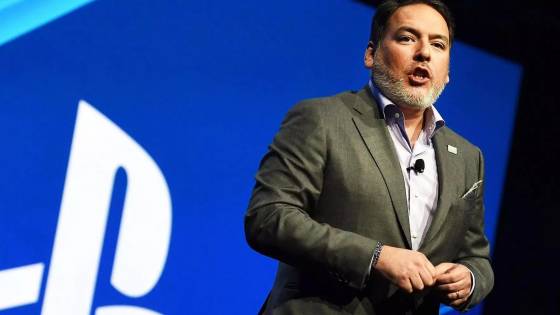 Earlier last year, Sony dropped the news that they won’t be attending E3 2019. This information came as a huge surprise to many; after all, Sony hasn’t missed a single E3 conference in all of its 24 years of running. As one of the leading console owners alongside Microsoft/Xbox, their absence is going to be a gaping one felt by many during this year’s proceedings. Oddly enough, the studio didn’t go too deeply into their reasons why they’d be skipping. Plenty of people have had their own guesses, but there’s been nothing concrete. Thankfully, Sony’s SIE Worldwide Studios Chairman Shawn Layden recently spoke out on the matter in an interview with outlet CNET, explaining Sony’s outlook on E3 and how it’s changed as a whole.

“The world has changed, but E3 hasn’t necessarily changed with it.” This statement rings deeply on something many have discussed about the annual event for years now. As Layden goes on to explain, E3’s original conception and purpose are from a time when we didn’t live in the information age. When the press event began in 1995, the Internet was a very young and very scarce factor in all of this. For important industry info to spread around, especially for retailers, E3 served as a useful way to get the info out there. This was especially important due to its placement just before the holiday season; this is why E3 takes place in early summer. But that was 1995; we’re in 2019 now. E3’s purpose hasn’t changed all that much from back in those days, which makes its relevance seem harder to justify. This is why some past E3 attendees stopped holding in-person conferences, with an obvious example being Nintendo.

With the Internet being such a huge, important, and dominating factor in everyday life for the average person, gaming related news spreads faster than ever before. Numerous conferences have cropped up alongside E3 to provide big reveals and information. Layden expands on this in the interview, explaining the existence of events like the PlayStation Experience and Destination PlayStation. As you may have noticed from their 2018 conference, the company is also focused on much larger and fewer titles than before; quality over quantity, if you will. The conference centered around their small handful of huge, in-house titles which are still in development as you read this. This factor, alongside E3’s shaky relevance, means Sony doesn’t have much of a reason to attend this year, nor would they have much to say and show. “With our decision to do fewer games - bigger games- over longer periods of time,” Layden concludes, “we got to a point where June of 2019 was not a time for us to have a new thing to say.”

And so, that puts us all in a weird spot for E3 2019. The event will be taking place like normal, with Microsoft especially keen this time around seeing as how their big sales rival won’t be showing up. It’ll be curious to see how it shapes the proceedings, especially on the cusp of a new console generation. It’s hard to say where E3 will be years and years from now. It might still exist, but more companies may choose to go the digital presentation route, or simply skip the event entirely. As the world changes, E3 is going to steadily find itself more and more boxed in until it does something to change too. If you’re curious about that and Layden’s other various thoughts on the future of PlayStation, make sure to read the full interview on the CNET website.