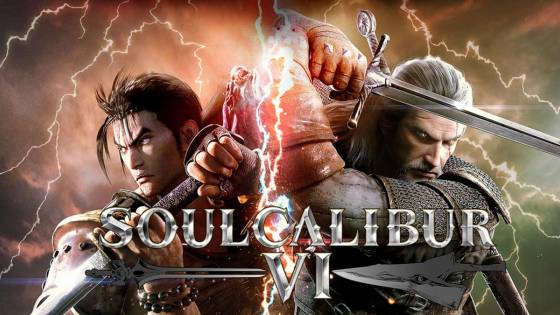 The Nintendo Switch has been booming with critically acclaimed exclusives such as Super Mario Odyssey, The Legend of Zelda: Breath of the Wild, and more recently - Octopath Traveler. The problem, however, is that many “current-generation” AAA games that come out for the PlayStation 4 and Xbox One do not end up making its way over to Nintendo’s current flagship console due to technical reasons. And many that do, such as annual sports games (such as the FIFA and NBA 2K franchise), are widely received to be inferior to their console counterparts. However, there are games such as Doom and Wolfenstein II: The New Colossus which have released for the Switch, though the year latter their initial release, that have been well received by critics thanks to Bethesda’s great attention to detail with the port itself.

There have been rumors going around lately about Soul Calibur VI, the newest title in the weapon-based fighting game franchise set to release on October 19th, coming to the Nintendo Switch. And usually, it is very rare to have a port release on the same day as the game itself so this made it all the more exciting. The only other one that happens to come to mind is My Hero: One’s Justice, a fighting game based on the hit anime series My Hero Academia, which is releasing on October 26th for PlayStation 4, Xbox One, Nintendo Switch, and Microsoft Windows.

However, during Gamescom this year, Newsweek got the chance to ask Motohiro Okobu, the producer of Soul Calibur VI, about the possibility of a Nintendo Switch release to which he responded:

“We started developing SoulCalibur VI more than three years ago, and at the time we didn’t even hear rumors about the Switch. So it wasn’t in our roadmap, and I admit there isn’t much in terms of what’s being done to bring SoulCalibur VI to Switch. We didn't know what the performance was going to be at the time. Having said that, personally, it’s a very interesting piece of hardware. Our focus, for the time being, is to get it on console and PC, but we’ll see.”

So even though Okobu shut down rumors of an actual port being worked on currently, he still did not shut down the idea of a potential future release. Hearing this from the producer himself is hopeful news coupled with the fact that Soul Calibur VI is being published by Bandai Namco Entertainment, the publisher of My Hero: One’s Justice. Bandai Namco is the publisher as well for the very popular Souls franchise, which has Dark Souls: Remastered slated to release October 19th this year after a relatively long delay. Dragonball FighterZ, the hit new fighting game from BlazBlue and Guilty Gear developer and also published by Bandai Namco, is slated to release on September 28th.

It is apparent that Bandai Namco Entertainment sees the Nintendo Switch as a viable product in the current video game market even though it is not the graphical powerhouse the Playstation 4 and Xbox One seem to be right now. With all of their past and upcoming releases as the Switch continues to gain popularity, it makes sense to be hopeful for a release of Soul Calibur VI for the console. So maybe eventually we may be able to have that Super Smash Bros. and Soul Calibur mashup we had no idea how badly we wanted.