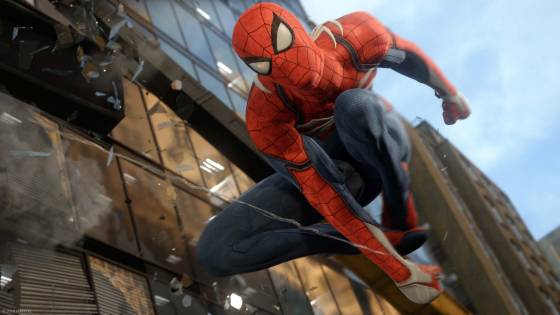 Spider-Man on PlayStation 4 has been THE biggest story of gaming success in recent years. It has broken sales records for both Insomniac and Sony, raking in 3.3 million copies—God of War finally humbled—in its first three days of release.

Web swinging through the busy streets of New York City, fighting muggers and supervillains, soaring the skylines and a never-ending open world to explore – these are just some of the elements of the game that has made it so popular among the web slingers worldwide.

However, fans have one complaint from the developers of the game (it’s hard to please us—isn’t it?):

Where is the symbiote or the black suit?

Throughout Spidey’s adventure, players get the chance to unlock a number of suits, from the Iron Spider Suit to the Comic Book Suit. The black rendition is nowhere to be found in the game, however.

And of course, the Spider-Man experience cannot be complete without the black suit.

But, there’s enough to suggest (or maybe we are just hoping) that the symbiote could actually make an entrance if and when a Spider-Man sequel is released.

Yes, we’re firm of the opinion that a Spider-Man sequel will be released, whether on PlayStation 5 or the PS4 that remains to be seen.

Why are we so confident?

Firstly, because the game has been a huge success. And so, Sony and Insomniac will be mad not to capitalize on its success.

Secondly, Bryan Intihar, creative director of Spider-Man, hinted in an interview to IGN that this might be the case. He did not confirm that the sequel is due, but he did confirm the Spider-Man universe should be expanded.

This can be explained by a BIG hint (which we’ll discuss later) revealed in the current installment of the game, as well as by what Intihar had to say in another exclusive interview, this time given to Kinda Funny Games.

When asked on why the black suit wasn’t included in the game, Intihar said:

Now coming onto the BIG hint…

Recently, a gamer posted in one of the threads on Reddit that while exploring the open world of Spider-Man, he saw a black-suited Spider-Man figurine on the shelf of one of the apartment units.

This shows that the game does accept the existence of the symbiote, even though if it’s only in the form of a figurine.

Is Insomniac trying to tell us something?

We certainly think so, but what do you think?

Let us know in the comments section below.

Interested in learning more about the happenings and key-updates from the world of PlayStation?